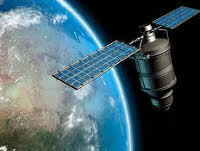 Sergei Ivanov, the first Vice Prime Minister of the government, harshly criticized the Russian space agency, Roskosmos, on February 28. The official confirmed that the recent loss of three GLONASS satellites in December of 2010 cost the country 2.5 billion rubles. According to Ivanov, it all happened because of a "childish mistake."

"The committee has finished the investigation of the incident. They concluded that some mistake - I won't specify anything here - led to such serious consequences. But I'd say it was a childish mistake," news agencies quoted the minister as saying.

"It is inadmissible to repeat the recent mistakes in the future, of course. I am talking about the loss of three GLONASS-M spacecraft and a partial failure with launching the Geo-IK. This is the subject for a separate discussion (behind closed doors), and it is going to take place today," the deputy head of the government said.

The minister stressed out the need to establish strict and meticulous control over the preparations to space launches on all stages, especially on the final stage. In addition, one should guarantee normal insurance for any, not just commercial, type of space launches. If there is a commercial launch, or if there is a foreign spacecraft being launched, then there are no problems with insurance, the minister complained. However, if a launch is being conducted in the interests of the state, the insurance is pitiful.

The vice prime minister also stated that Roskosmos ruined the plans for building new spacecraft, RIA Novosti reports. It was planned to build eleven new spacecraft last year, but only five of them were built. "By and large, the plan of the state defense order has been frustrated," Ivanov stated.

Roskosmos also failed to conduct the launches of six civil spacecraft due to time extensions. "I am not mentioning here the systematic time extensions which occur when space vehicles are not ready for launch," the vice prime minister said.

Sergei Ivanov also criticized the reliability of the new space hardware. The equipment installed on board spacecraft may malfunction very often. The losses from the improper use of spacecraft make up millions and billions of rubles, the official claimed.

Th Russian space industry, Ivanov stated, still takes the lead on the number of launches of booster rockets. In 2020, Russia conducted 31 of such launches, whereas the biggest competitor, the USA, performed 16. In 2010, Russia launched 23 space vehicles in orbit, which increased the national satellite group to the total of 114 vehicles.

Anatoly Perminov, the head of Roskosmos, assured that the national orbital GLONASS group was operating normally despite the loss of three satellites.

"The group currently guarantees 100-percent availability of navigational field on the territory of the Russian Federation and CIS countries," Perminov said.

The failed launch of three GLONASS satellites, which took place in December of 2010, did not let Russia increase its group of satellites to 24 vehicles. For the time being, there are 26 GLONASS-M and one GLONASS-K satellites in orbit. Twenty-two of the satellites are used according to designated purpose. The GLONASS navigation field covers 98 percent of the territory of the planet. By the middle of 2011, the coverage is expected to reach the mark of 100 percent.

Three GLONASS-M satellites, launched from Baikonur spaceport on December 5, fell down in the unnavigable area of the Pacific Ocean, not very far from Hawaii. The satellites were lost over the mistake committed during the fuel filling of the upper stage of Proton rocket. The norm was exceeded by 1.5-2 tons. The committee investigating the reasons of the crash concluded that the technical documents for the fuel filling process contained an incorrect formula.

In connection with the loss of the satellites, President Dmitry Medvedev sacked the vice president and the chief designer for launch systems of Energia Corporation, Vyacheslav Filin. Deputy chairman of Roskosmos, Viktor Remishevsky, was dismissed from his position as well. Anatoly Perminov, the head of Roskosmos, was administered a rebuke.

On February 1, Russia lost another satellite - the geodetic Geo-IK-2 defense spacecraft. The communication with the satellite was lost - the vehicle was subsequently found on a non-targeted orbit. Having tested the functional capability, officials representing the space troops stated that the satellite had been disabled and lost as an operable unit.