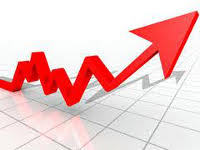 The year 2010 ended with considerable growths in the volumes of global trade. This index reached the pre-crisis level in December. The volume of trade increased by 15.1 percent during the year. The world economy demonstrated a stable improvement after the critical year of 2009, when the volume of global trade dropped by 13 percent. The commodity circulation is expected to increase as well, experts believe.

The lengthy recession in the world economy was directly connected with the economic crisis. The GDP in many countries began to decline, which made many economies refuse from many goods. The recession triggered a considerable reduction of prices on raw materials, Rosbalt reports.

According to the Russian Statistics Agency, Russia's foreign trade turnover during the critical year made up $495.8 billion, having dropped by 35.1 percent in comparison with the previous year. The commodity circulation in the US-Russian trade made up a bit more tan $23.6 billion, which was as much as 35 percent lower than in the previous year ($36 billion). The reduction in trade was based on the consequences of the global economic crisis.

Stats speak for themselves. The US exports in Russia in 2009 made up nearly $5.4 billion, whereas the imports amounted to $18.2 billion. Therefore, the positive trade balance for Russia exceeded $12.8 billion. A year before, the balance was $4.6 billion higher. As for specific positions, the Americans cut the imports of Russian fuel and lubricating materials - down to $13 billion vs. $17 billion a year before. They also halved the imports of metals and chemical goods (from $5.4 to $2.6 billion and from $2.95 to $1.4 billion respectively).

The crisis of the year 2009 touched upon absolutely all countries of the world. Exports of the European Union dropped by 16 percent, whereas imports declined by 23 percent. Exports from Europe's largest economy, Germany, experienced a record decline since 1950 as they dropped by 18.4 percent. As of the end of 2009, Germany gave up its status of the world's largest exporter to China. Chinese exports reduced as well - by 17 percent. WTO experts came to conclusion that the volumes of global trade reduced by 12 percent, which was the largest reduction since 1945.

Pascal Lamy, the leader of the World Trade Organization, stated in July that the volume of global trade in 2010 may increase by 9.5 percent.

"We see the light at the end of the tunnel and trade promises to be an important part of the recovery. But we must avoid derailing any economic revival through protectionism," he said.

The state of affairs was getting better and better, and the World Trade Organization increased its forecast on the growth of international commodity circulation up to ten percent. The WTO originally predicted that the index would grow by only 5.8 percent, Lenta.ru reports.