The riots spread to the oil-rich Arab countries. During the clashes with police in Bahrain on February14-15, at least two protesters were killed. What is the cause of such instability in Bahrain? It would seem that one of the richest "oil cats" of the Persian Gulf cannot be threatened in principle. 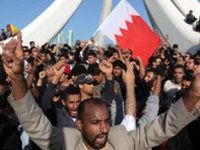 However, despite the seeming luster, not everything is well in this country. The majority of its population is Shiites, including those who have moved here from Iran to earn money. Many are immigrants from other countries. As a result, 15 percent of working-age population is unemployed.

It should be noted that the current outbreak of violence took the authorities by surprise. The foreign minister of Bahrain Khalid bin Ahmed Al Khalifa said that there were no reasons for the violence there, as rallies and any other protests are not banned by the laws of the kingdom.

However, the unrest is caused by the fact that the majority of the population is dissatisfied with the fact that power is in the hands of the Sunni minority, which is less than 20 percent. As a result, the bulk of wealth from oil settles in the pockets of Sunnis, while all the others, especially the Shiites, whose share of total population is approaching 70 percent, get the least.

Now, to calm down the protesters, the authorities use not only a stick, which has shown not to be effective in Egypt, but also a carrot. The authorities of the kingdom said they will give 2700 dollars to each family, lower food prices and increase social benefits.

Will this satisfy the Shiites who form the backbone of malcontents? It is doubtful. Not by chance the King of Bahrain Hamad bin Isa al-Khalifa accused Iranian intelligence, who allegedly orchestrated the rallies of the opposition, of organizing the riots.

Iran virtually does not recognize Bahrain in the form in which it exists. It claims that the islands that make up this state  used to belong to the ancient Persian Sassanid state since the 4th century AD, and that the Persians lost control of it only because the machinations of the Western colonizers, first Portuguese and then British.

In part, the Iranians can be understood. The independence of the territory they consider theirs, as claimed by the Persians themselves, was provided by the British. In doing so they planted a bomb under the foundation of the stability of the region as a whole.

Since 1970, the Shah Iran has been openly claiming Bahrain and other islands in the Persian Gulf. However, the ruling dynasty Pahlavi has agreed with the British "not to pursue" their claims on Bahrain if their "other requirements" are met.

Despite the obscureness of such wording, while the shah ruled Iran, complications could be avoided. However, after the Islamic Revolution of 1979, Ayatollah voided many of the agreements of the shah to the West, including those relating to Bahrain.

It would be naive to believe that Iran, that has claimed the control over these territories earlier, has abandoned these claims now, when oil-rich fields have been discovered there.

It is no accident that the Ayatollah Khomeini never got tired of repeating that sooner or later "the corrupt pro-American regimes would fall." First and foremost, it was said about Bahrain. In 1981, Shiite radicals from the Islamic Front for the Liberation of Bahrain tried to overthrow the king. Their actions were led by Hudzhatul Islam al-Hadi Mudarrisi. He was a man who came from Bahrain, lived in Iran and had authority among Shiites.

Although this attempt was defeated, the Shiites remained a restless element in the kingdom. In 1994, they provoked a wave of unrest, complaining about the fact that in Bahrain women were allowed to participate in sports competitions. 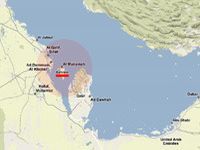 The situation in this country cannot but concern the Americans. Bahrain not only gives the oil to the West, but also provides American military presence. Will the country's ruling dynasty be able to cope with a wave of unrest? The fall of monarchy in Bahrain can trigger "oil revolutions" in all the Gulf monarchies.

Sergey Demidenko with the Institute of Strategic Studies and Analysis shared his thoughts in an interview with Pravda.ru:

"Of course, in recent decades, Shia has been a very restless element. However, we should attribute their riots solely to Iran. Of course, the king of Bahrain is pursuing well-defined goal - to shift the blame. In general, this is a tradition for many of the rulers of Arab countries.

Yet, will it continue indefinitely? While the population of Bahrain has continued to increase significantly (although not as fast as in Egypt), per capita incomes are falling. In particular, due to the depletion of oil fields. Sooner or later, the Bahraini monarchy will have serious problems."