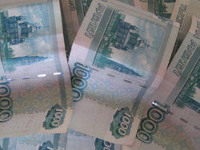 2010 was a successful year for Russian banks. Their profit in 2010 made up 573.4 billion rubles, which was three times as much as in 2009. Experts believe that such a growth has been achieved owing to the recovery of the reserves created during the crisis. Nevertheless, banks continue to accumulate reserves for their further work in 2011.

According to the Vedomosti newspaper, the Russian banking sector received the losses of as much as 10 billion rubles prior to the deduction of reserves in December vs. the income of 66 billion during the previous 11 months.

The express review from the Bank of Russia said that the pretax profit of Russian banks in December made up 78 billion rubles. However, the result appeared after the liquidation of reserves. In December, bank reduced the accumulated reserved by 67.7 billion. Yegor Fedorov, an analyst with the Bank of Moscow, stated that such statistics appeared over financial reserves of two Russian banks - Sberbank and Svyaz-Bank.

According to Fedorov, the reduction of reserves in the banking system is based on Sberbank's efforts to recover the reserves in the amount of 27.4 billion rubles. Svyaz-Bank debited 61.7 billion rubles of the reserves formed under negative debts. Svyaz-Bank, Fedorov said, handed over problematic assets worth 62 billion rubles to Vnesheconombank at the end of 2010 within the scope of financial recovery efforts. As a result, the measures allowed Svyaz-Bank to conduct the debits, which eventually resulted in the 58.8-billion-ruble reduction of the amount of the created reserves.

Sberbank's influence on the financial result of the banking system in December is not limited to reserves only. Operating expenses of Sberbank in December of 2010 increased by 42.3 billion rubles vs. the monthly average of 19.6 billion over the previous 11 months in connection with traditional New Year bonuses for employees. This is a standard situation for the bank. In 2009, operating expenses made up 17 billion rubles a month. In December, they increased to 32 billion.

The results of the year for the country's largest bank (Sberbank) coincided with experts' expectations. At the end of November, Sberbank's President German Gref announced the income forecast in 2010 - 150 billion rubles. The entire banking system of Russia was said to earn the record-setting 500 billion rubles.

The results proved to be convincing. In the future, Sberbank plans to receive net profit of over 200 billion rubles, RIA Novosti reports. This is a very positive trend: according to the results of the crisis year of 2009, Sberbank's net profit on Russian Accounting Standards reduced three times in comparison with the previous year and made up 36.2 billion rubles. In the first half of 2010, the profit of the financial organization increased 11.5 times vs. the same period of 2009 - from 5.3 to 60.7 billion rubles. Therefore, the banking system of the Russian Federation and Sberbank in particular have passed through setback.

Gazprom analysts believe that the high potential of Sberbank in 2010-2012 is predetermined with professional and ambitious team of managers, the competent development strategy and synergies of the access to population's assets and the participation of the state. According to analysts, the formation of reserves reduced the profit of the bank in 2009, but the expected reduction of reservation volumes in 2010 led to a high increase of business profitability. The strategy of development and economic conditions create favorable conditions for the growth of the volume of operations; assets are expected to grow up to 10.8 trillion rubles by 2012 (by 52 percent by 2009). The profitability of the capital will increase by 19 percent during 2010-2012.