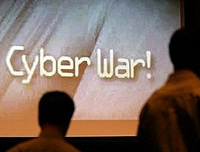 Russia's computer security company Kaspersky Lab, the fourth-largest global antivirus vendor, sold a large shareholding to US-based private equity firm General Atlantic. GA will become the second-largest shareholder of the Russian company, giving Kaspersky Lab an opportunity to improve its positions on the US market. The financial details of the deal have not been exposed yet, although it reportedly goes about 15-17 percent of the shares of the Russian company evaluated at $200 million.

According to CNews, the primary seller in the deal is the co-founder the chairperson of the board of directors of Kaspersky Lab, Natalia Kaspersky. The shares of the company's founder, Eugene Kaspersky, are not involved in the deal. Natalia Kaspersky still owns a considerable share at the company and does not have any plans to leave the position of the head of the board of directors unless the shareholders take a different decision.

In 2009, the turnover of the company increased by 42 percent to $391 million. The company's primary market is Europe, which provided 72 percent of income to the company. The share of the Asia-Pacific region in the structure of Kaspersky's revenues made up only seven percent. In North and South Americas, the Russian developers of antivirus software received 21 percent of income. The American market has been growing faster than others for the company. Overseas sales gained 71 percent in 2009. The income for 2010 is predicted to reach the level of $480 million.

Officials representing Kaspersky Lab said that the cooperation with the American private equity firm would give the company an opportunity to conduct expansion policies to take over smaller companies.

"The company continues to move towards its most ambitious goals on the world market of information security, both in consumer and corporate segments. The cooperation with General Atlantic, which has 30 years of work experience with dynamically developing technology companies all over the world will bring additional strategic expertise which the company needs to realize its long-term strategy," Eugene Kaspersky, the CEO of Kaspersky Lab said.

In addition to the company's consumer products, Kaspersky Lab offers a variety of security applications designed for small business, corporations and large enterprises. These offerings include security software to protect workstations, file servers, mail servers, mobile devices, and Internet gateways, all managed through a centralized Administration Kit. These applications are also available in bundled security suites, scaled to fit the requirements of organizations of varying sizes.