The Fed has spoken: No bailout for main street 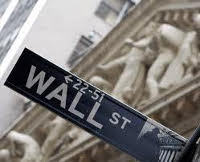 The Federal Reserve was set up by bankers for bankers, and it has served them well. Out of the blue, it came up with $12.3 trillion in nearly interest-free credit to bail the banks out of a credit crunch they created. That same credit crisis has plunged state and local governments into insolvency, but the Fed has now delivered its ultimatum: there will be no "quantitative easing" for municipal governments.

On January 7, according to the Wall Street Journal, Federal Reserve Chairman Ben Bernanke announced that the Fed had ruled out a central bank bailout of state and local governments. "We have no expectation or intention to get involved in state and local finance," he said in testimony before the Senate Budget Committee. The states "should not expect loans from the Fed."

So much for the proposal of President Barack Obama, reported in Reuters a year ago, to have the Fed buy municipal bonds to cut the heavy borrowing costs of cash-strapped cities and states.

The credit woes of state and municipal governments are a direct result of Wall Street's malfeasance. Their borrowing costs first shot up in 2008, when the "monoline" bond insurers lost their own credit ratings after gambling in derivatives. The Fed's low-interest facilities could have been used to restore local government credit, just as it was used to restore the credit of the banks. But Chairman Bernanke has now vetoed that plan.

Why? It can hardly be argued that the Fed doesn't have the money. The collective budget deficit of the states for 2011 is projected at $140 billion, a mere drop in the bucket compared to the sums the Fed managed to come up with to bail out the banks. According to data recently released, the central bank provided roughly $3.3 trillion in liquidity and $9 trillion in short-term loans and other financial arrangements to banks, multinational corporations, and foreign financial institutions following the credit crisis of 2008.

The argument may be that continuing the Fed's controversial "quantitative easing" program (easing credit conditions by creating money with accounting entries) will drive the economy into hyperinflation. But creating $12.3 trillion for the banks -- nearly one hundred times the sum needed by state governments -- did not have that dire effect. Rather, the money supply is shrinking - by some estimates, at the fastest rate since the Great Depression. Creating another $140 billion would hardly affect the money supply at all.

Why didn't the $12.3 trillion drive the economy into hyperinflation? Because, contrary to popular belief, when the Fed engages in "quantitative easing," it is not simply printing money and giving it away. It is merely extending CREDIT, creating an overdraft on the account of the borrower to be paid back in due course. The Fed is simply replacing expensive credit from private banks (which also create the loan money on their books) with cheap credit from the central bank.

So why isn't the Fed open to advancing this cheap credit to the states? According to Mr. Bernanke, its hands are tied. He says the Fed is limited by statute to buying municipal government debt with maturities of six months or less that is directly backed by tax or other assured revenue, a form of debt that makes up less than 2% of the overall muni market. Congress imposed that restriction, and only Congress can change it.

That may sound like he is passing the buck, but he is probably right. Bailing out state and local governments IS outside the Fed's mandate. The Federal Reserve Act was drafted by bankers to create a banker's bank that would serve their interests. No others need apply. The Federal Reserve is the bankers' own private club, and its legal structure keeps all non-members out.
Earlier Central Bank Ventures into Commercial Lending

That is how the Fed is structured today, but it hasn't always been that way. In 1934, Section 13(b) was added to the Federal Reserve Act, authorizing the Fed to "make credit available for the purpose of supplying working capital to established industrial and commercial businesses." This long-forgotten section was implemented and remained in effect for 24 years. In a 2002 article called "Lender of More Than Last Resort" posted on the Minneapolis Fed's website, David Fettig summarized its provisions as follows:

- [Federal] Reserve banks could make loans to any established businesses, including businesses begun that year (a change from earlier legislation that limited funds to more established enterprises).

- Reserve banks were permitted to participate [share in loans] with lending institutions, but only if the latter assumed 20 percent of the risk.

- No limitation was placed on the amount of a single loan.

- A Reserve bank could make a direct loan only to a business in its district.

Today, that venture into commercial banking sounds like a radical departure from the Fed's given role; but at the time it evidently seemed like a reasonable alternative. Fettig notes that "the Fed was still less than 20 years old and many likely remembered the arguments put forth during the System's founding, when some advocated that the discount window should be open to all comers, not just member banks." In Australia and other countries, the central bank was then assuming commercial as well as central bank functions.

Section 13(b) was repealed in 1958, but one state has kept its memory alive. In North Dakota, the publicly owned Bank of North Dakota (BND) acts as a "mini-Fed" for the state. Like the Federal Reserve of the 1930s and 1940s, the BND makes loans to local businesses and participates in loans made by local banks.

The BND has helped North Dakota escape the credit crisis. In 2009, when other states were teetering on bankruptcy, North Dakota sported the largest surplus it had ever had. Other states, prompted by their own budget crises to explore alternatives, are now looking to North Dakota for inspiration.

The "Unusual and Exigent Circumstances" Exception

Although Section 13(b) was repealed, the Federal Reserve Act retained enough vestiges of it in 2008 to allow the Fed to intervene to save a variety of non-bank entities from bankruptcy. The problem was that the tool was applied selectively. The recipients were major corporate players, not local businesses or local governments. Fettig writes:

Section 13(b) may be a memory, . . . but Section 13 paragraph 3 . . . is alive and well in the Federal Reserve Act. . . . [T]his amendment allows, "in unusual and exigent circumstances," a Reserve bank to advance credit to individuals, partnerships and corporations that are not depository institutions.

In 2008, the Fed bailed out investment company Bear Stearns and insurer AIG, neither of which was a bank. John Nichols reports in The Nation that Bear Stearns got almost $1 trillion in short-term loans, with interest rates as low as 0.5%. The Fed also made loans to other corporations, including GE, McDonald's, and Verizon.

In 2010, Section 13(3) was modified by the Dodd-Frank bill, which replaced the phrase "individuals, partnerships and corporations" with the vaguer phrase "any program or facility with broad-based eligibility." As explained in the notes to the bill:

Only Broad-Based Facilities Permitted. Section 13(3) is modified to remove the authority to extend credit to specific individuals, partnerships and corporations. Instead, the Board may authorize credit under section 13(3) only under a program or facility with "broad-based eligibility."

What programs have "broad-based eligibility" isn't clear from a reading of the Section, but long-term municipal bonds are evidently excluded. Mr. Bernanke said that if municipal defaults became a problem, it would be in Congress' hands, not his.

Congress could change the law, just as it did in 1934, 1958, and 2010. It could change the law to allow the Fed to help Main Street just as it helped Wall Street. But as Senator Dick Durbin blurted out on a radio program in April 2009, Congress is owned by the banks. Changes in the law today are more likely to go the other way. Mike Whitney, writing in December 2010, noted:

So far, not one CEO or CFO of a major investment bank or financial institution has been charged, arrested, prosecuted, or convicted in what amounts to the largest incident of securities fraud in history. In the much-smaller Savings and Loan investigation, more than 1,000 people were charged and convicted. . . . [T]he system is broken and the old rules no longer apply.

The old rules no longer apply because they have been changed to suit the moneyed interests that hold Congress and the Fed captive. The law has been changed not only to keep the guilty out of jail but to preserve their exorbitant profits and bonuses at the expense of their victims.

To do this, the Federal Reserve had to take "extraordinary measures." They were extraordinary but not illegal, because the Fed's congressional mandate made them legal. Nobody's permission even had to be sought. Section 13(3) of the Federal Reserve Act allows it to do what it needs to do in "unusual and exigent circumstances" to save its constituents.

If you're a bank, it seems, anything goes. If you're not a bank, you're on your own.

So Who Will Save the States?

Highlighting the immediacy of the local government budget crisis, The Wall Street Journal quoted Meredith Whitney, a banking analyst who recently turned to analyzing state and local finances. She said on a recent broadcast of CBS's "60 Minutes" that the U.S. could see "50 to 100 sizable defaults" in 2011 among its local governments, amounting to "hundreds of billions of dollars."

If the Fed could so easily come up with 12.3 trillion dollars to save the banks, why can't it find a few hundred billion under the mattress to save the states? Obviously it could, if Congress were inclined to put non-bank lending back into the Fed's job description. Then why isn't that being done?

The cynical view is that the states are purposely being kept on the edge of bankruptcy, because the banks that hold Congress hostage want the interest income and the control.

Whatever the reason, Congress is standing down while the nation is sinking. Congress must summon the courage to take needed action; and that action is not to impose "austerity" by cutting services, at a time when an already-squeezed populace most needs them. Rather, it is to create the jobs that will generate real productivity. To do this, Congress would not even have to go through the Federal Reserve. It could issue its own debt-free money and spend it on repairing and modernizing our decaying infrastructure, among other needed works. Congress' task will become easier if the people stand with them in demanding action, but Congress is now so gridlocked that change may still be long in coming.

In the meantime, the states could take matters in their own hands and set up their own state-owned banks, on the model of the Bank of North Dakota. They could then have their own very-low-interest credit lines, just as the Wall Street banks do. Rather than spending or selling off valuable public assets, or hoarding them in massive rainy day funds made necessary by the lack of ready credit, states could LEVERAGE their assets into a very strong and abundant local credit system, following the accepted business practices of the Wall Street banks themselves.

The Public Banking Institute is being launched on January 13 to explore that alternative. For more information, see http://PublicBankingInstitute.org.