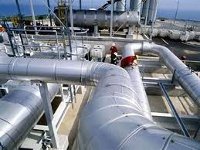 Russia suspended oil shipments to Belarus on January 1 after the two sides failed to sign adequate agreements. The two countries can not come to a compromise regarding the prices. Oil transit to Europe via Belarus has not been interrupted.

"We are discussing price determination issues with Russian suppliers," Maria Kostyuchenko, the press secretary of Belarus's Belneftekhim stated. "We hope that the shipments will be resumed in January," she added saying that the oil reserves at Belarusian oil refineries would guarantee normal work before February.

Belarus informed Russia of its intention to raise the price for the transit of the Russian oil via its territory from February 1, 2011. According to Belarusian officials, the price would be increased up to $45 per ton. This is still cheaper than Venezuelan oil, the price of which is too high because of the transportation problem. However, the new price considerably exceeds the costs of Russian companies for the transit via the republic, even if the cost of the transit grows.

During the first quarter of the current year, the largest oil shipments to Belarus were scheduled by Russia's Lukoil (1 million tons), Surgutneftegaz (1 million tons) and Rosneft (0.9 million tons). Rosneft officials refused from comments; officials of other companies were unavailable for comment, the Vedomosti wrote.

Belarus usually consumes 6.8 million tons of oil a year and processes 13.5 million more tons to sell this amount afterwards and derive enormous profit from that. The country would send petroleum products to the markets of Western countries - to Poland and Germany, first and foremost. Moscow refused to sponsor the fuel business of its neighbor with duty-free oil.

As a result, Belarus conducted negotiations with Venezuela. The latter agreed to ship ten million tons of oil to Belarus annually, from 2011 to 2013. It goes about Santa Barbara oil, which will be delivered to Belarus via Baltic and Black Sea ports. In January and February, two tankers will arrive in Odessa carrying 80,000 tons of oil each.

In November, Ukraine and Belarus agreed to transport Venezuelan oil to Belarus via Odessa-Brody oil pipeline. At the end of December, prior to the presidential election in Belarus, Presidents Medvedev and Lukashenko regulated the question of oil shipments.

Belarus undertook to ratify the documents about the establishment of the joint economic space within the scope of which Russia would cancel duties for Belarus. Minsk promised to pay the duties received from the export of petroleum products made from the Russian raw materials. In addition, the sides discussed the possibility of importing 21.7 million tons in 2011.

According to the information from the Russian Ministry for Energy, in 2010, the export and transit of Urals oil in Europe via Belarus along Druzhba pipeline made up 63.5 million tons. For the time being, there are no problems with the transit, but Belarus may try to block the corridor if the sides fail to reach an agreement.
The two sides have been acting diplomatically so far. Belneftekhim hopes that the problem will be solved by the end of January, and Russia would resume its oil shipments to Belarus. Oil shipments from the Russian Federation provide 80 percent of the capacities of Belarusian oil refineries.