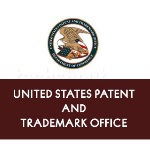 The U.S. has revealed the leaders of 2010 in terms of filing patents for new inventions. In the past year IBM has set a new world record. To be more precise, International Business Machines Corp has issued 5,896 patents. Samsung took the second place with its 4,551 patents, and the third place was taken by Microsoft with 3,094 patents.

IBM has been heading the patent race for eighteen years in a row. This year, the corporation has patented a new system for prediction of seismic activity and earthquakes, a computer chip that combines electrical and optical devices on a single silicon wafer, and a host of other potentially commercial developments. The number of new patents by IBM has increased by 20% in 2010, Bloomberg reports.

"Not all of our inventions will bring commercial benefits, but almost all research starts with consideration of the possibility of subsequent commercialization of the results," said the counsel for IBM's patents Manny Chekter.

In 2010, U.S. Patent Office has greatly accelerated processing of applications. On the whole, within the year the U.S. Patents Office has issued 219,614 patents, which is also a record number since its inception.

The financial crisis had no effect on the invention and research investments. Companies are actively investing in new technologies. For example, IBM had spent $6 billion on research. The revenue from licensing of the developments over the same period amounted to $1 billion.

In the U.S., intellectual property generates nearly 30% of the gross domestic product (GDP), which brings in over $4 trillion. This includes operations with the brands, technologies and patents. Today there are approximately a dozen countries led by the United States that are global exporters of patents, licenses and permits for the use of intellectual property. In Russia the share of intangible assets in GDP is extremely low - approximately 0.3%.

It is interesting that the U.S. that is now earning huge money on the sale of objects that are protected by copyright some hundred years ago was among the main consumers of scientific discoveries, patenting everything and anything.

It is time to think of the "Edison's light bulb," that is, the light bulb of Ladygin, as well as hundreds or thousands of other discoveries, which, due to the lack of patent law in most countries at the time and a fairly loose system of exchange of scientific information were simply appropriated by the Anglo-Saxons.

Simply put, the Americans seized the intellectual property of others, simultaneously developing complex legal concepts for the subsequent protection of previously stolen ideas. Scientific and intellectual piracy has become one of the most powerful engines on the U.S.'s path to global hegemony. Now Americans are trying to make the consumer piracy look like a terrible crime.

It is worth mentioning that Beijing has been carefully fostering its own technical intelligentsia, and created a powerful Corps of Engineers, which will affect the number of its own technologies.

"Due to the tightening of Russian legislation on copyright protection, there are several fundamental issues, and the first of them is the ethical one. Is the copyright a fundamental value and should this value be protected on the basis of certain higher goals? "This question was asked by Michael Braude-Zolotarev, director of IT research and expertise of the Academy of National Economy at the December open conference of the Ministry of Communications on the improvement of the legislation in the sphere of protection of copyright and related rights.

"In fact we are talking about legal monopoly granted to the author or an entity that represents a group of authors. Is such a monopoly advantageous for the society? It has long been known that monopoly can only cause harm by limiting the development of any positive process," reminds Braude-Zolotarev. "The second issue is a political one. Objectively, there is a group of very influential countries in the world that exert political pressure on other members of the international community, urging them to adopt rules for the regulation of copyright that are beneficial for them," Computerworld quoted the official.

While copyright and patent law are not identical concepts, and the patent is also much shorter in terms of granting monopolies, strict adherence to the requirements of the so-called developed nations openly contradicts the national interests.

For example, now in the U.S. approximately 20% of human genes are patented, and the information on them belongs to various commercial entities. In order to study these genes, as well as to create diagnostic and treatment methods associated with these genes, it is necessary to obtain a license from the patent-holder. This causes serious concerns as a legal appeal for total control over people.