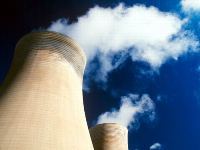 Russia is ready to build a nuclear power plant in Egypt at its own expense, to manage the plant, and even find markets for the electricity. Early next year Egypt is expected to announce a tender for the construction of nuclear power plant with the capacity of 1 GW 150 km from Alexandria. Russia's Rosatom will participate in the tender.

A meeting of Russian-Egyptian intergovernmental commission on trade, economic and scientific-technical cooperation was held on Monday. From the Russian side it was chaired by the Minister of Industry and Trade Viktor Khristenko.

"The Russian side expressed its readiness to assist in financing the project. This can include both government loans and loans from state-run commercial banks," Egyptian Trade and Industry Minister Rachid Mohamed Rachid said on Monday. Given the volume and long-term return on investment, public funds are often used as "long money" for such projects.

In turn, Viktor Khristenko said that Russia will participate in this tender and is ready to be flexible in choosing forms of financing. In particular, the option of building and managing the nuclear power plant by a Russian company with the further transfer of the plant to Egypt's ownership is not ruled out, reported the Voice of Russia.

The competition for this project is very serious. All countries that own the full cycle of technology development and operation of nuclear plants are planning to participate in the tender. In addition to the Russian state corporation Rosatom, participants will include companies from the U.S., France, Japan, South Korea and China.

"We are fully able to take at least 25% of the world market for construction and operation of nuclear power." This statement was made by Vladimir Putin in March during the launch of the second power unit of the Rostov nuclear power plant. In early 2009, Rosatom has received nearly 60 billion rubles for the purchase of foreign assets.

The plans to build power plants in India will likely be adjusted. Four more power units can be built on Kudankulam site. In August, Atomstroiexport announced that India offered Russia another, second site in West Bengal (Haripur) for 6 units, and these projects have been approved.

In the near future, small countries will be added to the nuclear community: Vietnam and Thailand are planning to start building nuclear power plants in 2014, the Netherlands wants to build the second nuclear power plant, Sri Lanka (Ceylon) is preparing the feasibility study for using nuclear energy in the country after 2020.

Today the information was released that Russia and India have agreed to build a total of 18 units at 3 Indian sites, including Kudankulam.

Promising markets include Venezuela, where, due to the shallowing of the rivers, hydropower is not that strong any more. Russia and Venezuela have signed a partnership agreement, although the United States, France and Germany hold strong positions in the Latin American market.

The potential life of the station is 38 years: 3 cycles of 12 years, between which the repair occurs, reports a joint press release of "Concern Rosenergoatom" and United Industrial Corporation.