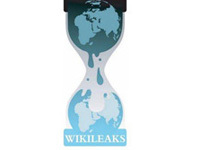 The largest payment systems one after another refused to serve WikiLeaks. American Visa and MasterCard who issue bank card have blocked all payments for the site. Prior to that the account of WikiLeaks was annulled by PayPal, and a Swiss company PostFinance has refused to deal with the resource due to incorrect information during registration.

The epic case of the brainchild of Julian Assange, the infamous site WikiLeaks, continues to reveal more details. Since the beginning of the week the resource has been denied receiving money from several major payment systems. There was not much sense in dealing with the U.S. Visa and MasterCard for obvious reasons from the very outset. However, even before that the popular electronic payment service PayPal (and Amazon.com and EveryDNS) has stopped the transfer of funds to WikiLeaks, which forced Assange to open his own account with PostFinance, the structural units of Swiss postal company. The expectation that PostFinance will remain neutral did not hold and the company announced that the account of the founder of WikiLeaks was closed.

The Swiss company has explained its decision by saying that they could not provide services due to incorrect information provided by Julian Assange about his place of residence. The background check has not confirmed his residence in Geneva, and under Swiss law the person who opens an account at PostFinance must have permanent residence in Switzerland, says RBC. The site does not have a commercial focus and is supported by advocates of free access to information from around the world. WikiLeaks' accounts were originally opened to enable the supporters of Assange to transfer their donations to the site, which has been funded by voluntary transfers since its opening. According to press reports, the budget of the site can be up to $175 thousand.

From one hundred to eight hundred people were involved with data collection for the website, wrote Lenta.ru. In its press release, Visa stressed that the company was not pressured by officials of any country, and the blocking of payments should be viewed solely as the will of Visa. According to the company, it will study the structure of business of WikiLeaks to check if the site violates the rules of Visa.

It is obvious that the attempts to block the financial support for the site were carefully considered political steps. Julian Assange is currently in a London jail after his voluntarily meeting with government officials. The Court has already refused the bail and he will remain in custody until the next hearing to be held on December 14. Julian Assange is accused of rape and sexual harassment, and on November 20 Interpol issued a "red notice" in his name, which is equivalent to the entry to the list of the most wanted persons.

According to Assange, all accusations against him are part of the "dirty campaign" carried out against WikiLeaks after the publication in July of this year of the Pentagon's office materials on the wars in Afghanistan and Iraq. He did not become more popular in the U.S. and Britain after the last publication of American diplomatic correspondence. In recent days the websites of the payment systems that refused to service WikiLeaks were attacked by hackers, the supporters of Assange. Icelandic firm DataCell, specializing in the storage of financial information on the Internet intends to sue Visa for blocking payments to the site. The company believes that Visa is going against its customers who want to help WikiLeaks. Julian Assange activities may be considered controversial, but the financial repression of foreign companies only spurs the interest in the work of the site and will be counterproductive.