Brazil and the low-carbon economy of tomorrow

A study by the British economist Nicholas Stern, who advises the UK government on climate change, has highlighted how Brazil can be a perfect example for the future, making the transition from being the fifth greatest polluter to becoming a leader for countries wishing to create low-carbon economies. 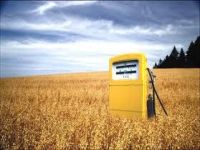 Nicholas Stern was the author of a report published in 2006 which outlined the costs of climate change. For developing countries this currently runs at 100 billion USD a year, every year. For this specialist, Brazil has all the characteristics enabling it to make the transition from a leading producer of carbon to a low-carbon economy in the near future.

In an interview with BBC Brasil, Nicholas Stern declared that Latin America has all the conditions necessary to create tremendous advantages from new technologies, a process which has already begun. Declaring that "The region will be one of the engines of change", he pointed out that Brazil is already a leading producer of biofuels, and considers that it can also become a leader of second generation biofuels. There are derived from lignocellulosic crops which produce lignin and cellulose which in turn can be fermented into alcohol. These products are abundant in sugar cane and corn, both of which Brazil has in large quantities.

Stern also considers that Brazil can take advantage of the production of biofuels from seaweed, due to its long coastline (7,500 km) quite apart from having all the conditions for sustainable fuel production from a good management of its forests. However, this will mean an immediate stop to the deforestation of the Amazon rainforest.

"There is no way to combat climate change without ending deforestation. However whatever the way in which this is achieved, it will have to be in partnership with the rest of the world, led by the countries where the forests are".