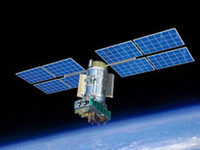 The recent unsuccessful launch of Glonass satellites, which were extremely important for completing the space system, will cost Russia several billions of rubles. According to experts' estimates, the in-orbit group of satellites satisfies the needs of Russian consumers. Nevertheless, the failed launch has canceled the scheduled festivities in 2010.

According to the Russian Federal Space Agency, the Proton-M carrier rocket blasted off from Baikonur spaceport on December 5, at 13:25 Moscow time. The orbital complex separated from the main one ten minutes after the launch. The Proton-M deviated from the course prior to the separation of the upper stage. Russian Mission Control lost the upper stage as soon as it left the flight trajectory.

Experts believe that the block carrying three satellites fell some 1,500 kilometers off Honolulu, in the non-navigational area. A state committee was urgently formed to investigate the reasons of the accident. Specialists from the Russian Defense Ministry said that the unsuccessful launch of three Glonass-M satellites would not affect the work of the Russian space navigation system. For the time being, there are 26 satellites in the orbital Glonass group, including two reserve satellites.

"Most likely, the further plans will have to be corrected. The current opportunities of the Russian space industry make it possible to show a quick reaction to the failure. I believe all the problems connected with the formation of the orbital group will be solved in 2011, a source at the defense ministry told Interfax.

The Glonass program was ambitious and expensive from the very beginning. The first Glonass satellite was put into orbit during Leonid Brezhnev's era - on October 12, 1982. The system was put into service for the Russian Armed Forces only on September 24, 1993. There were 12 satellites in the group at that time. The group had grown to 24 satellites by December 1995. In 2001, the Russian authorities had finally approved the federal target program "Global Navigation System" with the initial cost of 23.6 billion rubes. Afterwards, the spending on the program was considerably increased.

In addition, the unsuccessful launch ruined the scheduled official festivities. The financial losses have not been calculated yet. The cost of one Glonass satellite has not been exposed anywhere officially. However, according to various sources, the cost may reach as much as five billion rubles. It is not clear either whether the lost satellites were insured.

After the meeting on December 6, Roskosmos officials stated that Glonass navigation group would be able to guarantee navigation signal coverage for the whole world in case the new experimental satellite Glonass-K is put into orbit at the end of December 2010 (on board Soyuz 2.1b, from Plesetsk spaceport).