Sustainable Development: Is it possible? 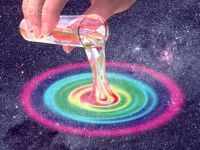 In his latest book "Caring for the Earth, Protecting Life," Leonardo Boff asserts: "In 1961, half of the Earth was needed to meet human demands." In 1981, we quote: "we needed the entire Earth. In 1995, we exceeded by 10% its spare capacity, but it was still bearable. "

However, alarms continued to be triggered announcing the expansive aggression suffered by the Earth. The calendar marked the day the 23rd of September 2008, predicted by scholars as "Earth Overshoot Day. That is the day the Earth becomes overrun. Thereafter it was believed that on a universal scale, the Earth has exceeded by 30% its ability to support and replace.

From there, you wonder, what can be done? Continue to run rampant exploitation / waste of natural resources without limits or make a quick reversal? Continue prioritizing the diverse goods the market requires all the time or look with respect and attention for the quality of life? Continue with the preaching drawn from the seminal works of economics that point out that economic growth is an effective remedy for the cure of social ills or to make this a subject in science to search for the same goals in life, whose essence is the quality rather than quantity?

Answers to these questions are scattered around, although there is more disagreement than consensus on thinking about the intricate relationship economy - nature-resources - desires - production - consumption.

Eric Hobsbawm, one of the greatest intellectuals of the century, in this regard has already positioned himself: "Either we enter a different paradigm or go against the darkness." On the other paradigm, the renowned historian says that changes in the system are not sufficient, you must change the system.

Destroying nature in exchange for the pleas of the voracity of the consumer market is to destroy the webs that sustain life. The market, as well as the entire economy, depends on something that is above it all: nature. The economy, as productive activity, is just a byproduct of the natural environment and depends outrageously on a variety of resources that nature holds. We humans, like all living beings, are parts and not all of the natural environment that includes a wealth of living creatures.

It must be emphasized that we are not on earth, we are the Earth. We do not occupy nature as mere participants, we are in nature from the fact that we are made of stardust. We depend on the nature of the arable land, water, air, sun, rain, phytoplankton (unicellular microscopic algae) and depend on the stars. That's not prose or verse, it is fact!

There are the stars, with a unique ability to shine and therefore with the power to remove the fear of the night. They convert hydrogen into helium by nuclear fusion, and from this combination emerges potassium, oxygen, carbon, iron that will be located in amino acids (the chemical units that make up proteins) and proteins (which form the muscles, ligaments, tendons, glands, and finally, that allow bone growth). Without it life would not be possible.

We are still part of nature for philological reasons (scientific study of a language). Not coincidentally, we originate from the Biblical Adam (Adam in Hebrew means "Son of the land"), although this is purely metaphorical. We are also part of nature when we realize that even the philological aspect of the word man / human comes from "humus," which means "fertile land."

Every time we see these issues come up, we will further deepen the importance of the topic. Environmental concerns, seen in a not too distant past as merely rhetorical and romantic today, for our happiness, will occupy the agenda of the key government leaders.

To some extent, it seems to be the consensus that we're talking about a perspective that involves, in essence, the maintenance of life by the close ties we have to mother Earth, also called Gaia.

It is in everyone's interest, and not just the practitioners of green activism - the first ones to call attention to these serious issues.

In this detail, the argument of the Canadian educator Herbert M. McLuhan (1911-1980) should be cited: "On spaceship Earth there are no passengers. We are all crew."

The economy, being one area of knowledge of the humanities, cannot do without help in the dissemination of a discourse in favour of life, and not in favour of the market as god, as has been common since the advent of the Classical School in the eighteenth century.

Discussing development through the lens of economics is, above all, thinking about qualitative aspects, and not in the current economic dimension of the projects targeted only for the quantitative aspect. To understand the economy only by the amount of things produced is an abysmal mistake that has only further caused the culture of waste and lack of frugality with regard to regular productive activity, while deepening consumerism, that scourge of the capitalist system.

Even today, despite the most strident and forceful speeches about the serious environmental crisis that is recognized, it is presented as a good economic policy that can make the GDP go up, regardless of whether that growth will occur in the area of environmental exploration / destruction.

They forget or ignore everything that grows too much, or explodes or spreads. To explode or to spread means, roughly, loss and waste. To grow just for the sake of growing is the foundation of cancer cells. The economy cannot go down that path. It leads to death. Now this is not solidifiable; is highly destructible. The path of any economy that has as its only priority and does everything to meet the dictates of the market that calls for more production and consumption, reaching peaks of unimaginable growth, is known by all: destruction, deforestation, pollution, scarcity and extinction of species.

It is in the name of this perverse model that is criminally responsible for deaths that the market is supplied while nature is decapitalized, while life is endangered. At some time, any hour - and hopefully before it's not too late - someone will realize that these words uttered in 1854 were punchtually certain: "(...) They will realize that you cannot eat money."

For the good of everyone is necessary to allude to the fact that it is not possible to measure the growth of an economy when a tree is knocked down, you pollute a river or contaminate a spring. It has another name: insanity.

There is no sustainable economy that thrives on the basis of this pathology. To mitigate this discourse, modern economists have created the term sustainable development. However, there are not a few who commit another mistake in the vain hope that the magic word (sustainable) is in fact something applicable.

However, it remains to ask: sustainable for whom? How? When? Where? To continue unbridled exploitation, this growth cannot be sustained. Therefore, the expression is in itself fallacious. In a development project that is guided by the rules of competition, it is not possible that something is sustainable, since this competition, made by known mechanisms, produces exclusion, a few win and triumph over the loss of hundreds of millions of people.

If thousands are (and they will be increasingly) thickening (and will thicken) within the ranks of poverty and destitution, how can you say it is sustainable development? It is only sustainable when all / any are a part, without exclusion. Exclusion is a concept that does not match the scope of the term sustainability.

Moreover, it is argued insistently that sustainable development is feasible, because one day, nature will answer the demands of renewable resources. Forget those who argue that the universe is finite, it will not increase in size. The resources, a great deal of them, will end, many are not renewable.

So once again it is appropriate to draw attention of the term "sustainable" as being unreliable. L. Boff, reflecting on it in the book cited at the beginning of these words reflects that "(...) sustainability must be ensured, firstly, to the Land, to humanity as a whole, society and every person." The economy (science) in a little more than 230 years will need to advance much further to encompass with primacy this term in their predicates. Exclusively by the methods of competition, nothing will be achieved.

With all luck, the scale of values should prevail then, if we want to prioritize life. It should include cooperation, sharing, solidarity, communion, sharing. Definitely, the project must be economic to serve life in its dimensions, including, above all, the ecological perspective. This is urgent as we think of the prospect that the model is wrong and it's past time to propose an alternative. Life is in a hurry and the clock of time passes too quickly.