There is a new trend in computer Sales. Whereas in 2004, Sales of notebooks (laptops) represented around ten per cent of the sales of desktops, in 2011, they are expected to sell ten times more. The reason? Consumer trends and changes in behaviour, alongside more attractive prices. 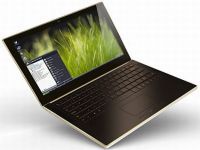 Today, the number of notebooks (laptops) sold is more or less on a par with sales of PCs. Market experts claim that in 2011, the sales for wireless and portable computers will begin to outstrip the clumsy, whirring space-guzzling hunk dominating the room, vying for supremacy with the television set.

There is no doubt that this is the age of the computer. In 2009, global sales were up by 22 per cent, reaching a total of 376.6 million units, while in 2010, worldwide spending on PCs is forecast to reach 245.5 billion USD, an increase of 12 per cent over 2009. The professional PC market, according to analysts, is expected to increase 13.1 per cent in 2010, while home PCs are estimated at a rise of 29.5 per cent. Laptops, for 2010, are pencilled in to increase sales by a staggering 43 per cent. Mini-notebooks (netbooks) are up 31 per cent on last year but demand is slowing.

Demand for computers rises against the current economic trends. According to Gartner research analyst Ranjit Atwal, "Consumers are now viewing PCs as necessities rather than luxury items," adding that "In the downturn, PCs remained the electronic device of choice on which to spend household income in mature markets, and we do not expect this to change either in 2010 or beyond".

Market analysts predict that netbook demand will slow in favour of media tablets such as the iPad, which is expected to reach significant demand rates as from 2013, when their prices lower to around the same as those of netbooks. Media tablet sales should reach around 10 million this year.

The consumer behaviour denotes a clear trend from collective (or family) use at the home to individual use with portable wireless machines which allow greater flexibility. The trend can be explained by families changing a single desktop to a number of notebooks.