The business of death 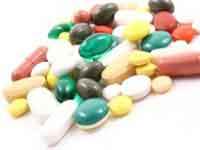 Pfizer, the Pharmaceutical multinational, bought off Wyeth, the multinational company, for 50,000 million Euros. Wyeth manufactures and sells condoms, abortion pills and contraceptives. On that note, Pfizer is therefore expanding its market unto the "business of death". Many consumers react by purchasing these pharmaceutical products while still being sexually active. That is how labs such as Bayer, and even Pfizer, hide their prescription behind the logoed term: "emergency contraceptives".

The Ministries of Health and Education held a meeting in Mexico City with the aims of coming up with incentives to help eradicate AIDS in Latin American and the Caribbean. During the meeting, Caribbean delegates sought to introduce the principle of abstinence prior to marriage, as well as fidelity once married. These proposals were radically rejected.

It is thought that during the past decades, parents prepare their children not for them to become adults, but for them to become perennial teenagers incapable of becoming mature adults. This may be seen in the behavior that these teens demonstrate to society. They tend show off menacing tendencies due to their self-inquiry about the delight of individualism. Within this age group, there has been a change of interests from toys to drugs, from soccer balls to alcohol, from candy to sex.

What do they gain? Contraceptive manufacturers, such as Planned Parenthood, become richer and richer from exploiting humans' sexual passion. They indirectly lead and support young girls and women to conduct abortions.

If education was one of the main tools into raising awareness of the negative consequences that being sexually active prior to marriage brings, then it would become easier for teens to not purchase pharmaceutical contraceptives. As a result, these manufacturers would not become millionaires and would not therefore exploit humans' sexual nature. (Translated by Gianna A. Sánchez-Moretti)

Author and journalist Clemente Ferrer has led a distinguished career in Spain in the fields of publicity and press relations. He is currently President of the European Institute of Marketing.