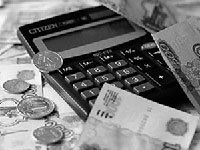 Switzerland's largest bank, UBS, has published an annual research called "Prices and Earnings," which compared world's largest cities on their costs of living, earnings, and internal purchasing capacities. Moscow was ranked 44th, 42nd and 39th among 73 other cities. The highest prices were registered in Oslo, the capital of Norway. Salaries are the highest in Zurich, where the purchasing capacity is also on a similar level.

The authors of the report considered prices for living, healthcare, food, drinks and tobacco, as well as transport, electric power, clothes, household appliances and other services. New York was taken as the basic city for prices: the cost of living in this city was rated as 100 percent. To make the rating of prices, the researchers analyzed price levels for citizens of Western Europe on a standard set of 122 services. Salaries were evaluated on 15 professions that are most typical for those cities.

UBS placed Moscow on the 44th position on the cost of living, whereas last year the Russian capital was ranked 57th. Norway's Oslo came first for the second year running. Zurich and Geneva follow taking second and third positions respectively. The fourth place was taken by Japan's capital Tokyo. Copenhagen closes the top five list. Ukraine's Kiev was ranked 58th on the list of most expensive cities between Riga and Bratislava.

The cheapest city is India's Mumbai - the prices there make a third of those in New York.

According to the research, the salaries are the highest in Zurich - 26 percent higher than what New Yorkers receive. The list continues with Copenhagen, Geneva, Oslo and New York. The lowest salaries are paid to residents of Mumbai - they make up only 6.5 percent of those in New York.

There is nothing surprising about the fact that Zurich, the city with the highest level of wages, showed the highest purchasing capacity as well. The list goes on with Sydney, Miami, Los Angeles, Luxemburg, Dublin, Geneva and New York.

It is worthy of note that Moscow and Russia continue to attract qualified immigrants despite high living costs. Expat Explorer said last year that foreign specialists' income in Russia were the highest. Up to 30 percent of the polled expats working in the Russian Federation said that they received over $250,000 a year.

Russia Today: Russia has the richest expats in the world

The results of the research conducted by UBS are not that decisive. A lot depends on the currency, in which people make their living, not to mention the stability of the national currency rate. Moscow's rise from the 57th position in 2009 to the 44th in 2010 became possible because of the strengthening of the ruble against the dollar and the euro.