Who owns the US dollar?

At first glance, this would seem like a rather silly, stupid and pointless question. Why, the average person would answer, the American people own it. Or rather, if one had to get more technical, the American government, which is in turn, being a Republic, owned by the people, one in the same. 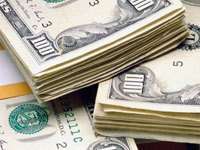 But, as most such simple seeming things in life, the truth is neither simple or straight forward and the answer is neither silly, stupid or pointless, but indeed is critical to the well being of nations and hundreds of millions if not billions of people.

For the truth of it, neither the people of America nor the government of America owns the US dollar. How's that, you say? Well, if one was to really dive just a bit deeper, before hitting the rocks just under the US greenback pond, one would quickly discover that the actual US dollar has not existed since 1913, where it was effectively killed. What is now called the US dollar is actually a Federal Reserve Note, says it right at the top of each bill. Why does that matter? Read on.

First of all, a US dollar, as something before 1913, was an instrument of wealth. That piece of paper, or just as common a gold or silver coin, had actual worth, anywhere in the world. It was worth its weight in gold, be it actual gold or paper. A Reserve Note, on the other hand, is a debt instrument, which not only is not wealth but is the opposite of wealth. Its very existence is a sucking sound on wealth, wealth being transferred, in this case not to the poor masses (as defined by defunct and unworking Marxism) but to the top 1% (equally defunct and unworking, but its only now starting to go that way).

How is that you say? Why quite simple, but for that answer, again, we must follow the rabbit down the rabbit hole.

The Federal Reserve, unbeknownst to many outside the US and almost everyone in the US, is NOT a Federal, that is, government entity. It is about as governmental as Federal Express. In truth, it is a wholly private, untraded, and thus unsupervised, banking corporation, with a secret cabal of owners. One can assess some of those probable owners by those corporations/banks who were bailed out, while others were allowed to die.

Effectively, this private banking concern, the only one of its kind in the world, has the exclusive right to make the US dollar, or rather the Federal Reserve Notes (debt) called the US dollar, the one and only legal tender of America. Now, when the US government wants or needs money, it can not simply "have" money. Put aside the notions about not starting the printing presses and so on, the simple fact is, not only can the US government NOT coin currency, it can not just have it either. Remember, these are Reserve (debt) Notes.

But, let us take this one step further, and here is the really scary part. To note, no one's logic ever seems to go this far, so for many, this may be your final Eureka moment, when you figure out just how screwed and owned you really are.

Rarely has so brilliant and patient a ponzy scheme been dreamed up than this.

And by exporting it overseas, they are sucking in the rest of the world's finance, into their ever greedy, chubby and purely evil little hands.

So, leaders of the world, why the bloody Hell, are you giving away the future of your peoples and nations to this tiny group of American parasites, who have already bleed the US dead dry, where the top 1% holds over 60% of that nation's raw wealth?

Cut them off and starve the beast.