Boeing To Be Accommodated at Aeroflot

Boeing has won the tender of Russia’s state-run Rostechnologies Corporation for the delivery of 50 narrow-bodied aircraft with an option for 15 more similar aircraft. However, the company Rosavia, for which the tender was announced in August 2009, does not exist anymore. The recipient of the above-mentioned planes will be Aeroflot, which may not need the new aircraft at all. 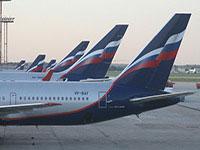 Boeing To Be Accommodated at Aeroflot

Russia’s Unified Aircraft-Building Corporation and a division of the European Aeronautic Defence and Space Company (EADS) – Airbus - submitted their commercial offers within the scope of the competition. Aeroflot prefers to work with the production of Airbus since the infrastructure of Aeroflot is based on Airbus planes.

The press center of Aeroflot has already said that the airline would not need so many planes. Earlier, Aeroflot said that it would need 15 narrow-bodied planes for 2011-2013.

It is not clear yet how the state-run corporation is going to fund the contract. US Secretary of State Hillary Clinton said during her visit to Moscow last year that it could be possible to use the funds of the US-based Eximbank. Aircraft-makers were happy about any opportunity and support against the background of the economic crisis. These days, however, the situation has improved.

The Americans were concerned after the terms of the tender had been pushed back several times. Rostechnologies, which announced the tender for the exploitation of the aircraft at Rosavia, found itself in a complicated situation. Boeing 737 is used by Orenburg Airlines, Rossiya and Sakhalinsky Aviatrassy, which were supposed to be incorporated into Rosavia.

The situation with the failed airline Rosavia was finally solved in April of this year. An agreement was signed for Aeroflot to supervise aviation assets of Rostechnologies. The assets will be transferred to Aeroflot, whereas Rostechnologies will become a member of the board of directors of the nation’s largest airline. Rostechnologies will also have a right to purchase aerotechnics and spare parts for the needs of airlines and to conduct technical servicing of planes.

Aeroflot does not need Boeings. That is why the airline said that the offer from Rostechnologies must correspond to the current market conditions.