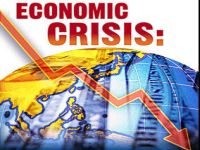 While most analysts and commentators in the Western world are working to affirm that the recovery progresses, Europe seems to live in a relapse of the global economic crisis. There are few stories that account for the implementation of austerity plans to reduce fiscal deficits and public debts in Greece, Spain, Italy, Portugal and even the UK.

Famous economic commentators are starting to echo the warnings about a serious risk of debt, which may cause another great depression with harmful effects in the USA. If the rescue plans, budgeted at 750 billion euros and approved by the European Union and International Monetary Fund fail to calm stock markets, the European economy will collapse again, according to many analysts.

The drop in stocks in recent weeks and the sharp depreciation of the euro against the dollar are signs that these predictions are not far from reality. The concerns become panicked with relative ease.

The truth is that Europe, a cornerstone of the global economy after the U.S., staggered. Greece, Spain, Portugal and Ireland, due to huge deficits have been identified as the epicenter of a cataclysm that if it breaks out, you can drag into the abyss the entire European continent and in a domino effect, the world economy.

Days pass and the billionaire package mounted to save Europe, particularly the euro area, failed to resolve the uncertainty. Rather, it multiplies. But more than the cold statistics and the red lines on the graphs that illustrate the collapse of major exchanges, which are the most alarming social and political consequences of the global economic crisis, is where Europe seems to have fallen.

During the last few months almost 10 million people were incorporated into the army of unemployed, which already amounts to 23 million and is growing as the most visible face of the crisis. Nevertheless, the measures of authority affect the most vulnerable sectors of the European population. It is estimated that those who are already excluded, more than 80 million, will have even more difficulties to access basic services and meet basic needs.

Both in Greece and in Spain, Portugal and Italy led the tax adjustments applied to reduce the income of a large population, the prolongation of working life before retirement and cutting spending and investment in public services. Hence, the EU itself confessed its fears that the economic crisis becomes social and then political, which could produce scenarios that until recently seemed unpredictable in the region.