Foreign Jobseekers Come To Russia for Money and Career 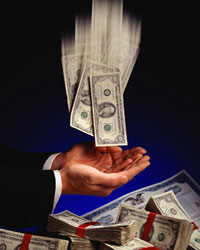 Foreign Jobseekers Come To Russia for Money and Career

According to the international network of job hunting websites The Network that conducted this research, Russia was number 32 in the rating of countries where job hunters would like to be employed.

As strange as it may seem, economically successful Finland is the country whose population is mostly interested in working in Russia - 36%. This is twice as much as the number of Ukrainians willing to work in Russia. Thirteen percent of Canadians also do not mind the idea of working in Russia.

"Foreign employees are in demand in many professional areas today. Foreigners working in Russia can be divided into several categories,” says Mikhail Zhukov, general director of HeadHunter Company. “There are the so-called guest workers, general labor. They do many things well, but they are not specialists in a certain area. Such people are employed as general labor in construction, genitors, cleaners, etc.

The second category is moderately qualified labor such as experienced construction workers (including private construction sector). These people mostly come from Turkey, Slovenia and Slovakia.

Middle management for FMCG companies or technology companies that have offices in Russia also come from these countries. Foreign technologists come to Russia to help establish processes. Germans, Poles, Czechs and Slovaks are employed in agriculture working with technologies and sharing methods of efficient work.

Among those willing to work in Russia are IT professionals – engineers, programmers, developers, testers (25%). Russia is also attractive for businessmen (20%), managers (18%) and economists (17%). Interestingly, only 5% of them are social scientists. It is not surprising that the search for Russian national idea has been so long.

The main reasons to work in Russia are money and career growth (70% and 58% respectively). 49% of the polled count on good relations with the coworkers. 48% consider work in Russia a professional challenge and interesting task. Foreigners willing to work in Russia come here because of the new experience and education (31%), and good benefits package (28%).

48% of foreigners who consider Russia as a possible place of employment plan to come for 5 years. 28% would come for 3 to 5 years . Only 13% are planning to stay in Russia for no more than 2 years, the research mentions.

"In other words, Russia is attractive either for the “retirees” who come here to share their experience, or young and ambitious managers seeking adventure and fresh impressions. The main goal of the foreign manager is to give a push to a company development, build processes, implement current technologies and make everything work. Then their local coworkers will be able to work without assistance,” Zhukov stated.