USA and Europe Do Not Need Russian Gas Anymore

Russia has virtually lost the sales market for its natural gas in the United States of America and runs risks of losing its positions in Europe at this point too. Sergey Dontsov, Deputy Minister for Nature of the Russian Federation, said that the reason for such export failures is about the delays in the development of the Shtokman gas deposit in the Barents Sea. 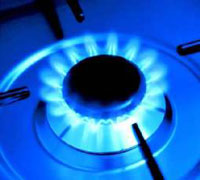 USA and Europe Do Not Need Russian Gas Anymore

The rumors about delays in the development of the huge Shtokman gas condensate deposit appeared in 2009. It was originally believed that gas deliveries from the deposit would be launched in 2013. The economic crisis pushed the date back to 2015.

However, Alexander Medvedev, deputy chairman of Russia’s Gazprom and the head of Gazprom Export, believes that the Russian liquefied natural gas will become competitive in the North American market already in five or ten years.

The Shtokman deposit is located in the shelf area of the Russian sector of the Barents Sea, some 600 kilometers to the north-west off the city of Murmansk. The sea depth in this area reaches 340 meters. Gazprom develops the deposit in cooperation with Total, France and Statoil, Norway.

By 2009, Gazprom had taken only 0.5 percent of the US gas market. The share is expected to be increased to five or even ten percent with the help of the Stockman deposit and another large deposit on Russia’s Yamal Peninsula.

However, the USA considerably increased the extraction of shale gas last year which can ruin another project of Gazprom – Sakhalin-2. Both Shtokman and Sakhalin-2 projects are being conducted to sell natural gas mostly to the United States.

Russia ’s gas leadership in Europe is not so stable either. The countries of Western Europe cut their purchase of Russian gas by 29 percent during the first six months of 2009. Germany cut the import of Russian gas by 44 percent, Italy – by 34 percent, France – by 21 percent. Europeans try to boost their gas deals with Norway, the countries of Northern Africa and the Persian Gulf.

Looking for an alternative for the traditional European market, Gazprom now turns to China. The two countries singed an adequate agreement during Putin’s visit to Beijing in October of 2009.