Let the Billionaires Pay for the Crisis 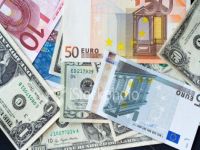 Let the Billionaires Pay for the Crisis

Each year, Forbes magazine releases its famous list of billionaires. The just released 2010 classifications provide insightful information that in one year, the number of billionaires increased from 793 to 1011, and their accumulated wealth is 3,600 billion, up 50% compared to the previous year. For the super rich, the crisis is long gone.

No matter that Bill Gates is only the second, passed by Mexico's Carlos Slim, whose wealth reached $53.5 billion. The most important is that such an amount, concentrated in the hands of one person, represents 12 times the budget of a country like the Democratic Republic of Congo (DRC), which houses over 68 million people. It also represents more than 3.3 million years of minimum wage (guaranteed) in force in France.

This sharp increase in the number of millionaires happens when billions of people see their living conditions deteriorated after the crisis. This shows vividly the manner that the rich have successfully managed to let the cost of this crisis be borne by greater numbers. In many countries, North and South, the state debt has soared, particularly for the relief of those responsible for this crisis (private banks, hedge funds ...) or to pay the consequences. The increase of this debt is then the excuse to impose antisocial measures that penalize the people, but spare the richest.

In contrast to the capitalist system that shows every day its disastrous social consequences, one idea is gaining ground: that of a global tax on large fortunes, advanced by the United Nations Conference on Trade and Development (UNCTAD) in 1995. For example, a 20% tax on the wealth of the few thousand millionaires would get 720 billion dollars, half the public external debt of all developing countries in 2008 (1,405 billion) and 3.5 times their total annual payments under such debt (211 billion dollars).

The money freed up could be added to others to come and lay the groundwork for another globalization: Recovery of sums paid to large private banks since the beginning of the crisis and to repair the social damage caused due to their inordinate thirst for profits by placing a levy on the assets of their directors and their major shareholders, the abolition of public external debt in developing countries, payment by the industrialized countries for repairs from the damages of five centuries of domination (slavery, colonization, destruction of local cultures, plundering of natural resources, environmental destruction ...), surrender of ill-gotten wealth by the elites of the South (which involves conducting international investigations and the removal of legal and tax havens), taxation of international financial transactions and benefits of transnational corporations ... At the same time, the full sovereignty of the people can be effective only if all the macroeconomic conditionalities of structural adjustment, as the IMF and World Bank, imposed for thirty years, are abandoned.

A new International economic and financial architecture will be possible, with the priority being the security of basic human rights.

The recovered funds would then allow the populations to not bear the consequences of the crisis and to the people of South, it would finally trigger a real development they would be able to decide for themselves, taking into account their own needs and their own interests, as required by their creditors, taking full advantage of their natural resources, while respecting their cultural differences.

The publication of the Forbes ranking should be an opportunity to challenge the foundations of the economic and financial model in place and propose radical measures for the billionaires cited in the rankings and all those who have amassed extravagant fortunes, to bear the cost of a crisis where people are victims.

While neo liberal precepts were briefly vilified after the outbreak of the crisis in 2007-2008, no education was drawn from it, and it's always the same ones who benefit from financial globalization and the unjust distribution of wealth that it organizes.

The very rich have resumed their march forward, that is trampling on the rights of the vast majority of the others and leading the world into a suicidal impasse. But already ideas-forces are germinating that may impede their mad rush. The challenge is to manage to impose them as quickly as possible.