Russia’s economy shows tangible signs that it is entering a bullish phase, attracting more foreign investment that its BRIC partners and causing the Economic Development Ministry to improve its forecast for economic growth in 2010. Meanwhile further options in channels for the supply of Russia’s energy commodities create stability – and financing – for the future. 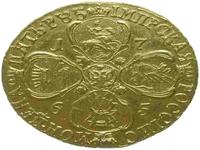 Government anti-crisis measures to stabilize the economy and stimulate economic growth, coupled with a rise in commodity prices, have fuelled an upturn in the Russian economy, which came out of recession in the third quarter of 2009. After a collapse in commodity prices and capital flight caused a devaluation of the Rouble, today Russia’s strengthening currency is one of a number of factors attracting foreign investment – more than its partners in BRIC – Brazil, India and PR China.

With the price of oil now up to 80 USD per barrel (after hitting 40 USD in early 2009) and a continued strengthening of the currency set to last, Russian funds received 411 million dollars in foreign investment in the week ending March 11, the highest level in six months, nearly half of this going into Exchange-Traded Funds tracking Russian indexes, a clear sign of the confidence in the emerging markets in Russia.

In comparison, China received 83 million USD, India 67m. and Brazil 47m. in the same period, causing a turnaround in the situation of recent months when Russia lagged behind her BRIC partners.

Moreover, the investment in Russian Funds is not simply in those companies involved in the commodities markets (namely oil and gas) but now increasingly in the retail sector and banking.

Meanwhile the Russian Economic Development Ministry has revised its predictions for growth of the Russian economy for 2010 from 3 to 3.5% to 4 to 4.5%. Deputy Economic Development Minister Andrei Klepach stated to RIA Novosti that “Added to the third and fourth quarter growth of 2009, (economic growth) could be as high as 6%. Economic growth could be from 4 to 4.5% - this is realistic enough”. He added that Russia’s GDP* in 2012/13 is expected to grow by 5% at least.

Nord Stream consists of two pipelines with a total cost of 10.1 billion USD. Russia’s energy company Gazprom has a 51% stake in the project, while the German groups BASF/Winterhshall and E.ON Ruhrgas have 20% each, while the Dutch group Gasunie has the remaining 9%.

The first delivery of the gas should take place towards the end of 2011, opening up an alternative route for Russian gas outside the Ukraine.