Wal-Mart Placed on Top of the World Again

Britain's Brand Finance agency issued The Global 500 report 2010, listing the most expensive brands in the world. Wal-Mart, the supermarket giant, whose brand was valued at 41.4 billion dollars, topped the list once again. 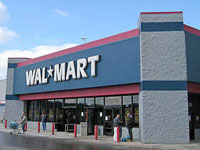 Wal-Mart Placed on Top of the World Again

Google, who was number five last year, came in second in 2010. Its brand rose in price by nearly 5 billion dollars, from 29.3 to 36.2 billion. Coca-Cola gave up its second place and is now number three with estimated 34.8 billion dollars.

The top ten include IBM, Microsoft, GE, Vodafone Telecoms, HSBC, hp and Toyota. The Spanish bank Santander, which jumped from 41st to 20th place, became the “take-off of the year.” The financial sector looked better than the others this year, as the sector’s brands combined gained 129 billion dollars.

Sberbank became the most expensive Russian brand. The largest Russian bank is number 57 in the rating with 11.7 billion dollars, while in 2009 it was rated number 147. Russia's Gazprom, Beeline and Lukoil have also made it to the rating, RIA Novosti reports.

In the annual rating of 500 most significant world banking brands, Sberbank has made it to the top twenty for the first time, rising from 23rd to 15th place. The combined growth of Sberbank brand value (the bank’s market capitalization growth plus the brand’s rise in value) compared to the last year was 160%. The value of its competitor’s brand, VTB, has grown by only 37%, making it move from number 76 in the rating to number 83.