Why Strong US Dollar Foreshadows Economic Doom in 2010

Normally, in what passes for Orthodox economics, a strong currency for a consumer nation is a good thing, a positive development. And America is the biggest consumer, and one of the smallest producers, in human history. 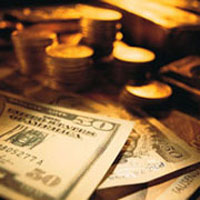 Why Strong US Dollar Foreshadows Economic Doom in 2010

However, in these turbulent times, this economic train wreck that has been on an acceleration course since mid 2007, a strong currency or rather, specifically, a strong dollar is an absolute disaster. Allow me to explain.

Nothing has actually changed in the US economy since the absolute collapse and nationalization of the US banking firms, and along with it the British banking houses, of 2008. Indeed, in America, the exact same games that brought down the private banks are still being played by the now government owned (or is it that they own the government...that is for another thesis) entities and this is called now called recovery. Case in point: several major banks are paying back their TARP funds and the US press is screaming to the high heavens about the wisdom of the Marxists running America. True, many of the fools that are still the majority, though shrinking, of the electorate, buy into this, but let us look closer. The TARP fund is being paid back in one of two ways: 1. unspent TARP monies are being given back to the government (note I do not say owners, since the tax serfs will never ever see this cash again) and this is called recovery or 2. The banks are selling new stock through new IPOs to pay back the debt, which in turn dilutes the value of the old stock which is held by the government, thus giving with one hand and mugging with the other, again, this is called recovery. None of the other US economic indicators have improved, especially when DC's fluff and out right lies are removed.

Now having established the continued progression of the US financial collapse, why than has the USD grown in strength so much in the past 2 weeks and continues to do so? For that we must look a the world wide picture and to the foundation of the next tidal wave that is about to sink us all.

The great Anglo Heist, the out right con job and mugging of the entire world by the Anglo Saxons (US/UK) has kicked out the supports of a lot of other nations, many of whom were dancing on supports of smaller EU and Gulf Arab con jobs. These have spent all of 2009 trying to balance themselves on a single stilt that itself is rotten through and through and again, the Western press has called this recovery or at least survival.

That all is about to change and the first dropping shoe, in what is about to be a shoe storm, was Dubai. Simply, it defaulted on most of its debt and told its debt owners that it was their fault, which it was also, for giving it money and not its fault, is the heroine junky ever at fault for his addiction -- well yes, for spending it on failed indoor winter wonder lands, artificial islands and hundreds of near empty sky scrappers.

Following this came the news of Greece's down grading and eminent demise. Greece is part of the PIGS (Portugal, Ireland, Greece, Spain) all of whom are on the edge. But in Europe, they are not alone, they are in a club that also includes Ukraine, Belarus, Lithuania, Latvia, Estonia, Hungary, Iceland and possibly Denmark, Poland is also well on its way with massive government deficits for a "recovery". Healthy or recovering EU economies are faced with massive losses and bailing out nations who, like drowning men, will pull the healthier economies into the Abyss with them.

Behind these stand other nations, such as Georgia, Turkey, Venezuela, Mexico, Columbia, Nicaragua, Argentina, as well as much of Africa.

Than there is China, who has taken bubble blowing to unprecedented levels. It has masked over capacity by doing something incredibly stupid, increasing that capacity further and further, and using the extra capacity in the creation of yet more capacity. Sure, this puts off judgment day by a few years, but it is coming and 2010 will be that day. World demand has not only not returned to the levels of 2007, and Chinese production capacity is well above what it was in 2007, but what demand has remained, is now being guarded by every economy to make sure its means of satisfying that demand, and thus providing jobs, stays at home. China, reacting like a blind sided, and spoiled brat who is used to everyone pandering to it, has swung out at the world and wound up in trade wars with the EU, US and Russia. Of course, this only further cuts demand for that ever expanding capacity. Judgment day is indeed here, as the majority of China's citizens, who make up the shoeless peasants and the near slave laborers in the plants, will never be able to afford what they produce.

So, with all this happening, nations are running to buy the USD in a false hope of its stability. This in turn strengthens the USD, killing further any recovering local industries, while giving government the means to further indebt the whole of the nation. With moves like their new socialist health care and Cap and Trade, the Americans will smother their own industry, creating millions more unemployed and raising anger to a boil, all ahead of the November 2010 parliamentary elections. The temptation to spend with abandon, to ease the anger, at least until the elections are over, will be impossible to resist.

The hangover that will be felt, first by the Americans, than by anyone who owns their debt, pretty much everyone, on January 2011, will make every other year of the past 1,000 seem like a warm spring day.