Investment Company Digital Sky Technologies (DST) owned by Russian entrepreneurs may purchase ICQ, the most popular messenger in Russia. The sum of the transaction may amount to $200-250 million. 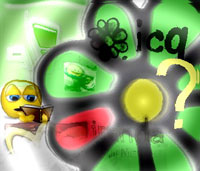 A source close to DST shareholders told Vedomosti about AOL negotiations regarding ICQ purchase. According to the source, the audience of Mail.ru portal controlled by DST could use the popular messenger. Mail.ru has a similar project [email protected] with a monthly audience of 12 million people, and ICQ is its main competitor in Russia. A source at The Wall Street Journal close to the participants of the potential deal confirmed that the negotiation with DST took place, and informed that the price of the deal could be $200-250 million. Another manager close to DST said that the negotiation is at its initial stage, and the amounts have not been discussed yet. DTS representatives did not provide any comments about the negotiation with AOL.

ICQ was founded in 1996 by several high school students from Israel who sold it to AOL two years later for $287 million. ICQ was not able to win a serious market share from Microsoft, Yahoo!, and Google in the US market critical for IT companies. It also had to compete with a similar internal product, AOL Instant Messenger (AIM). According to Eco Communications, in 2008, ICQ market share in the USA was only 2.3%, while AIM had 35% of the market.

In early December, AOL became an independent company from Time Warner, and began selling marginal assets, including ICQ. AOL estimated the company at $300 million. American Media named DST’s Mail.ru partner Naspers holding among those interested in purchasing ICQ. However, Naspers’ CEO Koos Bekker rebutted the statement. DST’s source said that possible partnership with Naspers have not been discussed yet.

ICQ's profit comes from banners and context advertisement. The amount of profits is unknown because AOL does not reveal ICQ financial indicators. ICQ has two partners in Russia, Rambler and Yandex. They promote the messenger through their portals and share profits with ICQ. Last year, Rambler’s profit from ICQ advertisement was approximately $6 million, said earlier a manager of Rambler. Yandex does not reveal its profits from ICQ.

If ICQ is purchased by Mail.ru, Rambler and Yandex may not continue the cooperation, suggested Aleksey Kurasov, head of corporate finance management of Finam Investment Company. If this is the case, the audience of these portals will switch to Rambler and Yandex messengers. The main factor here is a portal loyalty, not a messenger loyalty, the expert believes.

Yandex is ready to continue its cooperation with ICQ if the user will still be able to receive ICQ messages with search and other Yandex services inside, said Dina Litvinova, the search engine representative. It will largely depend on new conditions, agreed Rambler representative Konstantin Vorontsov.