The drop in demand on natural gas in Europe will make up 5-7 percent in 2009 in comparison with 2008, Alexander Medvedev, deputy head of Gazprom said Tuesday at Russia’s Gas 2009 forum. 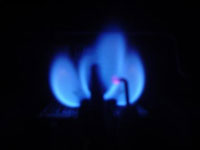 “The reduction of consumption will make up 5-7 percent – this is a record drop, which previously could be seen only in separate countries,” the official said.

The consumption of gas in Europe dropped by 7.5 percent (30.4 billion cubic meters) from January to August of this year. “The level of consumption does not go below the level of 2007,” Medvedev said.

The consumption will rise to the pre-crisis level by 2012 or earlier, experts say. Gazprom expects that the temporal abundance of gas on the European market will disappear by that time, Interfax reports.

The official previously said that Gazprom was expecting a 38 percent reduction in export income - to $40 billion vs. $60 billion in 2008.

The average price on Gazprom’s natural gas for European consumers may make up $280 per 1,000 cubic meters vs. the record $400 last year.