Russians Prefer Not To Invest Their Funds Anywhere

Russia’s Romir research center conducted an opinion poll to find out how the Russians would prefer to spend considerable amounts of idle funds. The question was: “If you had available funds, how would you invest them?” 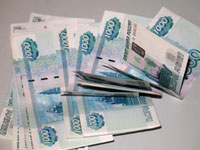 Russians Prefer Not To Invest Their Funds Anywhere

Buying companies’ shares is not a very popular investment method among the Russians – only 6 percent of the polled supported it. Two percent said that they would consider insurance and mutual funds.

Nineteen percent of the polled said that they would not invest their money anywhere, but they are mostly elderly citizens or those living in rural areas, the Noviye Izvestia newspaper wrote.

Many of the polled said that they would invest their funds, if they had any, but they did not have such a possibility. Other polls show that 48 percent of Russians do not have available funds and they have nothing to save. About 50 percent of them said that they had bank deposits, but only 15 percent could say that their deposits were ‘serious.’