Gazprom Marketing & Trading (GMT) USA, a member of Gazprom Group, announced the sale of natural gas in the United States on Friday, October 2. The Russian gas monopolist has already entered the US market of liquefied gas. Now it goes about the pipeline fuel. 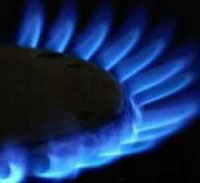 The exchange operations, which GMT has coordinated with its “competitors” will provide the corporations the resources of pipeline gas to be sold on the American market for up to seven years. The origin of gas and its price have not been specified, a spokesperson for GMT said. It was only said that the fuel would be delivered by “strong” US companies and “developed” European companies. They will receive gas from Gazprom on the EU market in return for US volumes, although the coefficient of this exchange remains unveiled.

The USA is the largest consumer of gas in the world: 668 billion cubic meters in 2008 – more than in whole Europe and twice as much as in Russia. The USA makes about 583 billion cubic meters of gas itself, imports 75 billion via pipelines from Canada and imports 10 billion of liquefied gas.

Among large sales markets, gas is a serious exchange commodity only in Great Britain and the USA. Unlike in the continental Europe, there are many consumers and buyers there, whose prices reflect the real state of things in terms of demand and supply.