Trademarks disguised as popular brands do not surprise anyone now. The shadow market of such clone goods brings the profit of tens of millions of dollars already. The goods are not just primitive fakes – the makers of such goods have everything arranged for mass production. 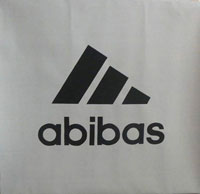 For example, Moscow shops selling official DVDs may offer such films as “Transmorfers” instead of “Transformers.” The cover of the cheap Chinese blockbuster copies the design of the original “Transformer” DVD. A DVD like that costs 400 rubles ($13), which is the normal price for other official DVDs. If a person buys such a film and attempts to return it back to the store, no one is going to make a refund for that, because the DVD is not actually a fake, the Moskovskaya Pravda newspaper wrote.

Retailers say that the appearance of clone films is a new marketing technique for Russia, although it is widely used in the whole world. A fake clone release can be seen somewhere near the original high quality release. Many people may buy into that since the covers of such DVDs are of identical design.

Many of such low-budget films with eye-catching titles and artwork are made by the US-based The Asylum movie-making company.

Films do not make the only category of such clone goods. Moscow markets are inundated with Abibas and Rebok shoes and tracksuits, Levins jeans and Panasonix or Samcung stereos and players. An attentive customer quickly gets the catch, but hundreds of thousands if not millions of other people swallow the bait daily.

It is generally believed that it was Scott Nelson, a US entrepreneur, is a pioneer on the market of clone goods. He took the world-known Nike’s logo, changed the first character to ‘M’ and registered a new trademark. Nike was counting losses, but the founder of Mike was getting rich.

It is much harder to struggle against clones than just cheap fakes. A customer, who buys a clone, will have to take an enormous effort to defend their rights.