The man who prosecutors said had masterminded some of the most brazen thefts of credit and debit card numbers in history was charged on Monday with an even larger set of digital break-ins. 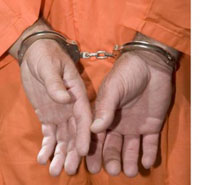 In an indictment, the Justice Department said that Albert Gonzalez, 28, of Miami and two unnamed Russian conspirators made off with more than 130 million credit and debit card numbers from late 2006 to early 2008, reports New York Times.

"The scope is massive," said Assistant US Attorney Erez Liebermann in Newark, where Gonzalez was indicted. "This guy worked very, very hard at something he was very good at".

Gonzalez was charged with one count of wire fraud conspir acy and one count of conspiracy. The targets in this newest case include the New England supermarket chain Hannaford Brothers Co., the 7-Eleven Inc. chain, and Heartland Payment Systems, a New Jersey company that processes credit card payments for thousands of stores and businesses across the country.

Prosecutors said Gonzalez and others allegedly began plotting the crime in October 2006. They allegedly hacked into the companies’ computer systems, stole the credit card data, then stashed it on computers in California and Illinois, as well as in several foreign countries - among them Latvia, the Netherlands, and Ukraine - underscoring the international scope of the incidents, Boston Globe reports.

A Justice Department spokesman said it wasn't clear whether consumers remained at risk. "Some victims have been in contact with prosecutors," said the spokesman, Ian McCaleb.

Gonzalez faces up to 20 years in prison if convicted of the new charges. His attorney didn't return a call seeking comment, informs Dallas Morning News.