Is it easy to be the world’s number one Playboy during the time of the Great Depression Two? You should ask this question to Hugh Hefner, the 83-year-old founder of Playboy Magazine, The Times wrote Wednesday. The magazine became extremely popular during the 1950s due to publications of Ian Fleming’s and Vladimir Nabokov’s stories illustrated with scantily clothed females. 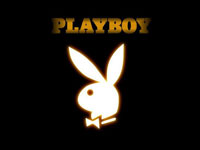 Hefner’s former estate sits on Holmby Hills – a very expensive part of Los Angeles. Most likely, he decided to sell his home after his two sons, Marston and Cooper, left to study at college.

Playboy Enterprises was evaluated at nearly $1 billion in 2000. Nowadays, the cost of the corporation is $84 million. Hefner holds about 70 percent of the company’s stocks. He hopes to sell his business to someone for at least $300 against all odds.

There is only one ‘customer’ for the time being – Sir Richard Branson, the found of Virgin Corp.

Hugh Hefner’s daughter, Christie, stepped down as Playboy’s CEO in December 2008. Scott Flanders, the former head of Freedom Communications, is currently in charge of Playboy Enterprises.

It is worthy of note that the problems, which Playboy Enterprises faces at the moment, are much more serious than the misfortunes at the US print industry on the whole.

A number of free websites for adults minimized the sales of Playboy DVD during the recent two years only. Playboy magazine also suffers from the shortage of advertising.