The citizens of Cuba, who experienced 50 years of the economic blockade and developed their survival instincts to the utmost, may find themselves without toilet paper in the nearest future. 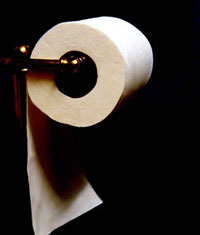 Cuba ’s imports dropped by 20 percent in 2009, which affected the range of local stores. For the time being, Cuba imports about 60 percent of foodstuffs. The Cuban government has recently decided to lower prices on 24 socially essential goods to support the population despite the shortage of food in the nation.

In the meantime, the Cubans prepared an unusual gift for the 83rd anniversary of their leader. All bookstores of the nation now sell a dictionary of Fidel Castro’s teachings. The 339-page book provides definitions of such important notions as ‘history,’ ‘unemployment’ and many others – all of them based on Castro’s speeches and statements.

The Cuban state adheres to socialist principles in organizing its largely state-controlled planned economy. Most of the means of production are owned and run by the government and most of the labor force is employed by the state. Recent years have seen a trend towards more private sector employment. By the year 2006, public sector employment was 78% and private sector 22%, compared to 91.8% to 8.2% in 1981.

Capital investment is restricted and requires approval by the government. The Cuban government sets most prices and rations goods. Moreover, any firm wishing to hire a Cuban must pay the Cuban government, which in turn will pay the company's employee in Cuban pesos according to Human Rights Watch. Cubans can not change jobs without government permission. The average wage at the end of 2005 was 334 regular pesos per month ($16.70 per month) and the average pension was $9 per month.

Cuba relied heavily on trade with the Soviet Union. From the late 1980s, Soviet subsidies for Cuba started to dry up. Before the collapse of the Soviet Union, Cuba depended on Moscow for sheltered markets for its exports and substantial aid. The removal of these subsidies sent the Cuban economy into a rapid depression known in Cuba as the Special Period. In 1992 the United States tightened the trade embargo, hoping to see democratization of the sort that took place in Eastern Europe.