The economic crisis that struck 27 EU member states affected men at a much greater extent than women. According to the Eurostat report, staff reduction mostly affected such sectors as industry and financial sphere where predominantly men were employed. The unemployment rate among young people has been rising much faster as compared to other adults. 4.9 million youngsters across the EU became unemployed in the first quarter of this year. 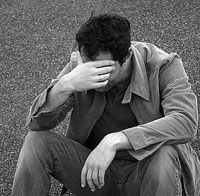 Eurostat experts note such sectors as construction, the financial sector and the automotive industry have been hit hard, thereby affecting predominantly men. Between the end of 2002 and early 2007, the unemployment gap was stable at around 1.3 percentage points, the female rate being higher. But in the last two years, most markedly since the first quarter of 2008, both rates have converged.

This trend is clearest in Latvia, Ireland, Lithuania and Estonia where the joblessness rate for males exceeds the female rate by more than 2 percentage points. In 14 member states – particularly Greece, Italy, Slovakia and the Czech Republic – there are more women unemployed than men.

According to Eurostat data The GDP decreased in 24 countries of 27 in the first quarter of this year, except for Cyprus, Poland and Greece.

On average GDP has decreased by 4.7 percent in comparison with the first quarter 2008.