Skype To Be Banned in Russia for State Reasons

The Russian Union of Industrialists and Entrepreneurs (RUIE) is concerned about the growing popularity of Skype and internet telephony in Russia. The officials of the union say that, the rapid growth of this segment of the communications market is infringing the interests of Russian cellular operators, Gazeta.Ru reported. 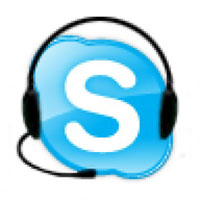 Skype To Be Banned in Russia for State Reasons

RUIE’s active actions may restrict or even ban the use of Skype program and internet telephony in Russia. One of the arguments, which, as the RUIE hopes, will help them obtain the support from the government, is the fact that telephone conversations via Skype can not be wiretapped.

The big popularity of Internet phone calls concerns with the Italian police as well. The law-enforcement officers express their alarm: the members of criminal groups use Skype very often to confuse investigation. The encryption system used in this computer program is not being uncovered by a developer which strongly complicates the work of law-enforcement agencies.

The position of the RUIE was supported by representatives of telecommunications companies. A spokesperson for one of Russia cellular operators said that conversations via IP telephony could be controlled by the state. In particular, programs like Skype are not connected to the SORM telephone conversation wiretapping system.

“The majority of brands operating on the territory of the Russian Federation such as Skype and ICQ - are of foreign origin, and, therefore, there is the necessity to ensure the protection of the domestic producer in this field,” an official said.

Besides, the representatives of cellular companies have called the officials’ attention to the fact that Skype earns very big money in Russia and pays no taxes.

The RUIE commission took the decision to form a working group to prepare proposals for legislative control over IP activities in Russia. In that way Russia might follow the example of some countries, such as China, Canada and the United States which have banned or imposed severe restrictions on the use of VoIP.