Russia to join Club of Trillionaires

Russia prepares to join the Long-Term Investors Club. Russia’s Bank for Development, which manages the funds of the Pension Fund and the National Wealth Fund, will represent the nation in the club, RBK Daily reports. 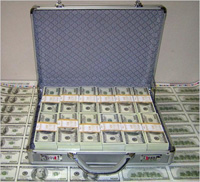 Russia to join Club of Trillionaires

Augustin de Romanet, Chief Executive Officer of France’s Caisse des Depots and Chairman of the Long-Term Investors Club, stated Monday that the club would have six new members. They include the Russian Bank for Development, the State Bank for the Development of China, the Sovereign Fund of Dubai, the Sovereign Fund of Abu Dhabi, Morocco’s Depository and Canada’s Omers Pension Fund.

The idea to establish the club appeared several years ago after the governments of many countries realized the danger of the sovereign funds, the assets of which could be compared to the budgets of small European countries. The total assets of sovereign funds may grow to $12 trillion by 2015. The club was created in April of this year to elaborate joint investment policies.

“When large funds began to experience investment problems, there was a need to create the organization that would elaborate the joint strategy,” Yevgeny Gavrilenkov, the chief economist with Troika Dialog Investment Group said. “I believe that the appearance of such a club could be compared to the association of the BRIC countries that try to elaborate joint economic policies,” the official added.