Major states of the East to recover from crisis first

The world community has been eagerly devouring the good news for the past few days. The news comes from the East. First of all, China gives us hope that the crisis is going to end. Analysts speak about the inspiring perspectives of all BRIC countries (Brazil, Russia, India, China). Experts say that the countries have no debt burden, which is obviously their main advantage. Nevertheless, despite the market growth, the real conditions of the Russian economy are far from being favorable. 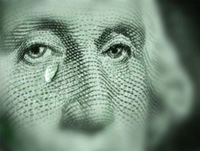 Major states of the East to recover from crisis first

The Russian market has been growing for almost a week along with the world markets. Experts believe that it is the BRIC countries that will first surmount the crisis and come out much stronger than before, while the traditional Western economic centers (the USA and the Western Europe) will be falling further into decay. For instance, The Sunday Telegraph newspaper supposes that Russia, China and India will prosper, because they have no big debts as opposed to the Western countries.

First of all, the positive April statistics of China are indicative of the good chances of the BRIC states. The key index of demand in industry grew up to 53% in April, which is the evidence of the production growth in China.

However, can we speak of the crisis end in Russia ? The statistics of the Russian economy do not promise a quick escape from the funnel of the world recession so far. For example, the Russian Index of Supply Managers (ISM) has been growing for four month in succession already, but it is still below the critical level of 50 points, which indicates the cutback in production. Therefore, the present economic recession has already got worse than that of 1998, when the ISM had been staying below 50 points for “only” seven months.

It casts doubt on investors’ optimism. One should distinguish the market situation from the real economic processes, analyst with Rye, Man and Gor Securities, Sergey Perminov, told Bigness.ru. According to him, the markets of the BRIC states including Russia have indeed grown and will grow on, for they have not reached the “saturation point” yet. Afterwards the markets will fall again down to new bottoms, because “the ultimate bottom” of the recession is still ahead.

The expert is certain that the Russian economy “will stay ill” for a long time. According to Sergey Perminov, the situation in Russia may improve only when loans get affordable. It will happen either when oil price rise higher or when the Russian ruble looses much of its value.

Experts regard the absence of debt burden to be another advantage of the BRIC countries. In this respect, the plans of the Russian financial authorities to enter the loan markets arouse anxiety.

According to Vladimir Evstigneev, a professor at the Higher School of Economics, Russia does not belong to the group of endangered economies if we analyze the short-term sovereign debts and their relation to the aggregate sovereign debts (these indexes play the main role in assessing the risks of sovereign bankruptcy).

Large corporate debts of state-run corporations endanger the Russian economy and financial system. The activities of state corporations are not transparent and other market members do not know how much they really cost.