Wal-Mart may enter the Russian market

Reports of out Russia suggest Wal-Mart Stores Inc. may be in negotiations to buy a controlling stake in one of the country's leading “hypermarket” big box retailers. An article in the Kommersant newspaper said the ownership stake in Lenta could approach 51%. This follows similar reports in July 2008. 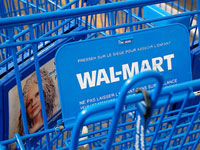 Wal-Mart may enter the Russian market

The move would be in keeping with Wal-Mart’s recent international history as the majority of its expansion outside the U.S. has been through initial partial ownership stakes rather than green-field development, according to UBS analyst Neil Currie.

He told clients that the main attraction in acquiring Lenta is its assets and customer loyalty. Meanwhile, penetration of modern food retail formats is uneven in Russia and the food retail market is highly fragmented.

Lenta has 34 hypermarkets with sales of approximately US$2.3-billion in 2008. That figure represents 0.6% of Wal-Mart’s global sales last year and 0.2% of its international sales.

Mr. Currie said valuation discipline will be key to any deal for Wal-Mart now that Russian food retail valuations have contracted as a result of currency weakness and the economic downturn versus a year ago.

His “buy” rating and US$61 price target on Wal-Mart shares remain unchanged. The target represents upside of roughly 16% to Tuesday’s close of US$52.39 per share.