Professional bankers expect a quick liquidation of hundreds of banks at the end of forthcoming summer. Most of the banks will be closed due to their small capitals and because of the clients that will not be able to pay off their debts. 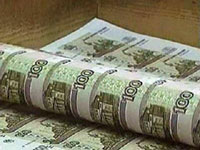 Alexander Turbanov, the head of the Deposit Insurance Agency, said that the number of banks will decrease in Russia during the second half of the year.

The number of banks, which received no profit as of January 2009, tripped in Russia, a review of the Bank of Russia said.

Bankers say that there are about 50-100 zombie banks in Russia, which either service the interests of only several companies, which own those banks, or exist only on paper. Their liquidation under the conditions of the crisis is inevitable.

The government may lose up to one trillion rubles as a result of the process. Banks may need these funds by the end of the year, if the amount of bad loans will make up ten percent of all loans. If it is going to be 20 percent, the price to maintain the surviving banks will skyrocket to two trillion rubles.