World’s largest companies working on the global currency market say that the US dollar can no longer be considered a quiet harbor at the height of the financial crisis. The US currency has hit its lowest level against the Japanese yen in 13 years and suffered the largest one-day slide against the euro after the Federal Reserve System reduced the targeted interest rate. The rate currently fluctuates from 0% to 0.25%, which makes it the lowest rate among world’s developed economies. 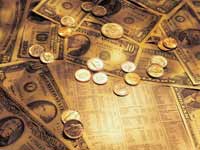 CMC Markets analysts say that the dollar has gloomy perspectives. Bloomberg reports that a report from State Street Global Markets describes the future of the American currency as ‘undermined.’ The downward movement of the US dollar is justifiable and will last for quite a long period of time, specialists of the London-based Standard Charted Bank Plc. believe.

The dollar has dropped against the yen to 87.13 yens per one US dollar, which marked the lowest index since 1995. However, the dollar strengthened its positions slightly afterwards as it rose to 87.75 yens. The US currency also dropped against the euro to 1.4495, which also marked the lowest index since September of the outgoing year before the dollar rose to 1.4410.

The dollar rate against the Russian ruble dropped by 10 kopecks yesterday and reached the level of 27.6 rubles per dollar. However, the euro skyrocketed against the ruble and set the new maximum in the history of trades on the Moscow Interbank Currency Exchange as it neared the level of 40 rubles per one euro.

The Fed’s decision to buy debt liabilities will weaken the dollar to 1.48 dollars per euro, Bank of America analysts say. The aggressive reduction of the rate will result in the growth of the dollar supplies on the world market, which will automatically undermine its cost.

The decision of the Federal Reserve System is dangerous for the dollar, because investors accumulated long-term positions in this currency hoping that the US dollar will grow, a report from State Street Global Markets ran.

The dollar thus loses the status of the world reserve currency. Will a new currency replace the dollar in the end?