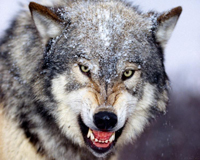 The best investment that you could possibly make is the one that you want to do.

Any successful business is the right combination of people, project and money.

If you have the money to invest, but don’t know the people, at the least, you better know the project. And vice versa, if you don’t thoroughly understand the project, but you do know the people and their abilities and you know beyond a shadow of a doubt that you can trust them, then put the money up, back away and let them do their job.

Fortunes have been made in endeavors that all the financial experts of the time said had no hope. The internet is only one example. Then the internet spawned individual websites. As recent as 1990, experts ridiculed the internet as a way to make money.

Expert advice is not the answer to making a good investment. Your lawyer’s best advice is “Don’t do it”. He doesn’t want to get sued if it goes sour. Stock brokers have the same mentality as used car salesmen. They will tell you anything to get your money to pay for whatever “habit” is in vogue. They are no different than some slut in a back alley selling you whatever she can to pay for her addiction. And like the lawyers and broker experts, she also will not tell you the various exotic diseases that she is carrying. It’s bad for business.

In the 1970’s and 1980’s that habit was cocaine. Sniffed, smoked or shot up. Cocaine fueled a vigorous investment market and as many older car sales managers can tell you, it was cocaine that powered the car sales. In the late 1990s and for the past few years, we have seen stories on rampant heroin usage on Wall Street. Cocaine is an excitable drug and a drug that creates excessive urgency in the user, “Get a deal. Get a check. Go Go Go!”. Heroin though, creates a euphoria, “Nah dude………..it’s fine……..relax man………..it’ll work out bro…”.

Where is the coincidence that in the 1980’s America’s economy was booming and twenty years later it is crashing like a junkie with an overdose? Many economists credit Ronald Reagan for the 1980’s growth. People in the actual bull pits, thrashing in the fray, whether they used artificial stimulants or not, will most likely say, “Nah…it was a dope deal”.

Many fortunes have been made investing in drugs. But are you willing to pay the time for doing the crime? Drug dealing is not for the feint at heart and is best not considered by a passive investor. As a hands-on investor, your risk is your money, your freedom and your life.

The Wall Street wolves today do not wear sheep’s clothing. They are dressed in the shepherd’s frock. And as the once $700 billion, now $3 trillion bailout shows, they carry his staff as well. You are a free spirit. As free as the birds in the sky, the animals of the forest and the fish in the seas. You do not need “experts” to tell you what is good for you, any more than God’s other creatures do. But just as all creatures instinctively know, you too, need to be aware of predators and how to protect yourself. This also, is something that can be learned.

If you are successful enough in your current job and you do have excess cash to invest, you probably studied hard, worked hard and took your job very seriously in making that extra money. It is the same with investing. It is imperative that you know either the players very well or are yourself an expert at the project you are considering.

Then you seek and find. Real Estate in most markets has tanked. Some areas are in full swing. Seek them out. Commodities are a strange breed, operating under the ancient law of supply and demand. But that law, like many laws is manipulated by power players. Stocks bit the dust, but some are booming. Most paper investments have crashed and will crash further, because their value is based on a virtual reality mentality of the managers.

And it may not change. In mid-November Iran announced they were buying $75 billion of gold. A few days later, China news reported that China was considering increasing their gold holdings by 4 tons. Gold prices rose, from $740 to only $820, still lower than a ten year high of $1,000 in 2007.

The very best investment that will make you money in good times and bad is the single most valuable, most necessary commodity in all of Earth’s history. The wheels of civilization would grind to a halt without petroleum.

Petroleum is so necessary to our lives that it is absolutely insane to burn it in cars and power plants. Tens of thousands and even hundreds of thousands of everyday products are made from oil. Clothes, carpets, plastics, fertilizers, insecticides, pharmaceuticals, paints and thousands of individual chemicals that go into the vast majority of what we use every single day just to survive. Let alone prosper.

There are many ways to invest in oil. Buy stocks in oil companies. Exxon-Mobile and other major oil companies are showing record profits. But a very large number of smaller ones are seeing their stock prices crashing on a daily basis. One company in particular, Pacific Energy Resources, LTD in Long Beach, California is producing close to 9,000 barrels a day, generating $120,000,000 in annual sales, has one billion dollars of oil still in the ground and their company stock value has been between $25 million and $50 million in November alone. It may be an excellent buy. It may soon cease to exist.

An individual can invest directly with a well driller and take substantial tax write-offs. Investments can be made in wildcats, where it is anybody’s guess if there is oil. Wells can be drilled where it is a proven fact that the oil is there. A person can buy the income that a well or a group of oil wells is producing every day. This is a Royalty purchase. Day in, day out. Month in, month out. For years to come, checks will be coming each month to your mailbox.

Oil, like most commodities is controlled by a small handful of people. And the rising and lowering prices are not based on supply and demand. They are based on the geo-political desires of the most influential people on Earth. Many natural and made man crises have defied the “Law” and thrown the prices down. Price variations defy logic. A normal person may as well scratch his head and assume that the price of oil is determined by an Eskimo in the Arctic, playing Rock, Paper and Scissors with a Penguin in Antarctica. The Penguin can only throw paper.

The trick with oil is to know in advance what is going to happen. This can be learned by simply reading newspapers from around the world. There also is a 140 year historical trend that shows oil going through boom and bust cycles approximately every twenty years.

Right now, we are on the very edge of the next boom, which just may be the granddaddy of all oil booms. We saw oil go to $147 dollars just a few months ago and it is now down to around $50. The big money is moving daily, hourly to acquire oil reserves that are still in the ground.

The big money in oil has not slowed down. It is accelerating. The march is on to capture as much proven oil reserves as possible in what appears to be a small window of opportunity, before oil prices skyrocket by the spring of 2009. Proven, known oil, in the ground is currently being bought up for $8.50 to $14 per barrel keeping to the exchange rate of 1/4 to 1/3 of the going rate for flowing oil. That oil costs between $10 and $15 to get it out of the ground and to the refinery where you exchange it for cash. At $50 a barrel, this gives a gross profit of $21 to $31.50 per barrel. An average well in the 48 connected States of America is 20 barrels a day, which would produce a gross profit of between $151,000 and $226,000 a year. You paid between $61,000 and $100,000 for that oil when you bought it in-ground as reserves.

Investments are dreams of future possibilities. Simply dreams. Millions of Americans in the early 1900’s had the dream of owning, buying and selling gold. But Executive Order 6102 signed by President Franklin D. Roosevelt in 1933 turned that American dream into a nightmare by prohibiting citizens from owning gold.

The most valuable commodity on Earth can be owned, bought and sold in small to large amounts by any one who wants to deal in it. Do your homework. Study, read, meet people. Trust no one who is asking for your money. Do not allow anyone to sell you an oil deal. Go out and buy it yourself. Spend 3 months, four hours a day studying your target investment and you will be able to converse with any expert and you will learn the best way to invest your money for your needs.

Your best investment is you. Do your research. Seek and find. Sooner or later, the Eskimo is going to start throwing scissors.

Projections have been made that in the next five years we may be seeing oil prices from $300 to $500 a barrel. Adding up all the costs of the Iraq war will show that we are currently paying over $300 a barrel for that Iraq oil.

And THAT is what oil is genuinely worth.

You may know Real Estate and if so, you know that there is good money being made. Not all stocks and bonds are bad and some are exceptional buys. Whatever it is that you like to do, however you like to spend your time, there is a way to make money at it. No matter the market, the economy, the doom and gloom fear mongers on TV, there is always “X” amount of dollars moving around. It is just a question of whose pockets it is in.

The Chinese say that in a crisis, there is chaos and opportunity.

In good times and bad times, in a crisis, the opportunity to make money doing what you like to do is available.

Trust yourself to find it.