What's Next for Emerging Economies? 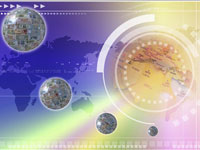 What's Next for Emerging Economies?

For all its shortcomings, the G20 summit that was held in Washington on November 15 is already a historical event. Indeed, as the Financial Times writes in its November 16 editorial, this summit marks a shift of economic power and a recognition that the emerging economies will play a key role in reforming the global financial system that was shattered down by the worst financial crisis since the Great Depression.

"We are talking about the G20 because the G8 doesn't have any more reason to exist," said Luiz Inácio Lula da Silva, Brazil's president.

The summit agreed to throw open to emerging economies the membership of all the key groups that frame the rules of global finance, including the Financial Stability Forum which was set up by the G7 countries following the Russian crisis and the collapse of LTCM in 1998. This summit also reinforces the case for a genuine refoundation of the Bretton Woods institutions, the IMF and the World Bank, far beyond the cosmetic reform of quota rights that has been enacted so far.

This recognition was unescapable for the "trillion plus" economies of China, India, Russia, Brazil, Mexico, Korea and the GCC which not only attract a substantial share of all the FDI and equity capital flowing from the developed countries, but also increasingly act as providers of capital for these same developed countries, as is demonstrated by their large holdings of US treasury bonds, and their participation in the bailout of distressed American and European financial institutions.

Although the capitalisation of emerging equity markets has been savaged in the aftermath of the financial crisis, they still represent 20% of the world market capitalisation (down from 25% in January 2008). In the long term, the potential for these markets' development remains important as their fast growing economies will continue to generate new companies in search of funding.

China already records the biggest IPOs in human history with companies such as China Mobile ( CHL ), China Life ( LFC ) or Industrial and Construction Bank of China raising billions of dollars in the last few years. And this is only the beginning. Many emerging countries' market capitalisations are very low compared to their gross domestic product. As these countries adopt modern corporate practices they will move away from the family held private firm model to the more transparent public company model.

In fact, if there is one lesson to be learned from the financial crisis for emerging economies as well as for developed ones, it is the need to be less dependent on financial flows originating from one single country like the United States. This has always been true but while such talk would have been played down as mere rhetoric a few years ago, the structural shift of capital sources, from the North and West to the East and South, makes it more appealing and more feasible now.

Hence, as the emerging economies strengthen their economic and trade relations with one another, they also need to look at new ways to enhance their financial ties. Eventually, this would benefit the whole world as capital flows would be more balanced between different geographical areas. This would accompany the rise of a multipolar world order and put an end to the "core-periphery" model of globalization that has been in place for the last two hundred years.

At the official level, this could involve a generalization of permanent currency swap agreements between the largest emerging economies across the world, which would then in turn sign agreements with the smaller countries in their respective areas of influence. Such a move would lower the dependance of the world on the US dollar and constitute an adequate response to excessive currency volatility, while preserving the advantages of flexible exchange regimes.

Regional currency unions are also needed to stabilize the global financial system. The case for a currency union in the GCC is becoming more pressing as was illustrated by the recent difficulties of these countries to curb down inflation, because their peg to the US dollar prevented them from using monetary policy which is by far the most powerful instrument to fight inflation.

New emerging platforms should allow emerging markets companies to raise debt and equity capital, bypassing the old channels. Initiatives are flourishing here and there with local exchanges such as the Dubai International Financial Center (DIFC) ambitioning to become a capital hub for the Middle East North Africa and South Asia (MENASA) region.