Russian oligarch Roman Abramovich, who owns tens of houses all over the world, intends to create a super-mansion in the center of the British capital. When the mansion is ready, it will become the most expensive private residence in England. Its cost will make up about 300 million dollars, The Daily Mail reports. 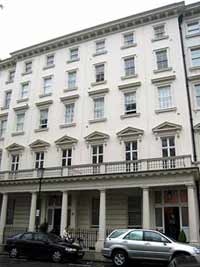 Abramovich, ranked 15th on the list of world’s richest men, has been purchasing apartments in the Victorian apartment house during the recent several years. Today, when the whole building belongs to the oil tycoon, Abramovich is going to convert it to a palace.

There will be eight bedrooms (two guest bedrooms and seven bedrooms for the businessman’s family), a pool, a cinema, a sauna, a huge garage and even a block of apartments for the staff. The building will be 2,700 square meters, which is five times as much as the average square for a family of six members.

Abramovich acquired most of the apartments in the building at prices lower than the market value.

"He will do very well out of it. This property should break all price records. Once converted, and refurbished to the quality which the price and design team suggests, I would not be surprised if it was worth £150million, Noel De Keyzer, of Savills estate agents, told The Daily Mail.

The current record for a UK house stands at £80million, also in London, the newspaper says.

Abramovich's property in England includes a luxury flat at the new Bridges Wharf development next to Battersea heliport; an £18million, 420-acre estate, Fyning Hill, in West Sussex. The oligarch also owns a villa in the South of France; a house in Tuscany; a hotel complex in Cyprus, a holiday home in Montenegro and a home in Moscow, which is his primary residence, although he can be rarely seen there.

Source and photo: The Daily Mail