Unidentified Flying Objects. Made in USA

In spite of the fact that the USA has “peacemaking” President Obama in the White House, the nation’s administration does not forget about the need to prepare for a possible war. The Pentagon is currently working on the project of supersonic weapons to be able to destroy a potential enemy in minutes. The USA has recently launched the unmanned X37B spacecraft and tested the Minotaur IV four stage missile. 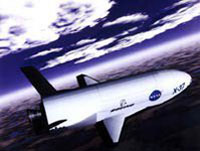 Unidentified Flying Objects. Made in USA

There is very little information about the X37B spacecraft. It is only known that it can reach the altitude of 410,000 meters. NASA built the 8.8-meter long craft in 1999 during Bill Clinton’s stay at power. The program was subsequently delivered to the Air Force and classified.

Officially, the X37B is called the Orbital Test Vehicle. What kind of tests does this title imply? American experts say that the vehicle was built to conduct reconnaissance activities and test state-of-the-art spy satellites. The Pentagon officials said that the X37B would be able to release a group of small satellites in space in case of war so that the USA could control the situation in the whole world. The USA is currently building a similar spacecraft which is said to be launched already this year.

Canadian astronomers shared the views of US experts and said that the X37B had been designed solely for reconnaissance activities. They said that they could observe the spacecraft moving above the world’s most troubled hotspots including the region of the Persian Gulf, Afghanistan, Pakistan and the Korean Peninsula.

However, an author of The Times believes that the X37B spacecraft can test state-of-the-art laser weapons in space. It is worthy of note that the spacecraft can stay in space for 270 days.

Spokespeople for the Pentagon rejected such a supposition. They said that the X37B was not an offensive weapon.

“I don't know how this could be called weaponisation of space. It's just an updated version of the Space Shuttle type of activities in space. We, the Air Force, have a suite of military missions in space and this new vehicle could potentially help us do those missions better,” Air Force deputy under-secretary for space systems Gary Payton said.

The Times also wrote that the launch of the X37B distracted the public attention from the tests of the Minotaur IV missile in California. The missile is capable of striking targets in any part of the world in less than an hour. To put it in a nutshell, the aggressor will not be able to take any defensive measures or even escape.

The British newspaper said that the USA’s new missile was a weapon of the future. The Minotaur IV does not carry a nuclear warhead, but it can destroy a large and very-well protected object. The missile develops the speed of 5,792 km/h, which is seven times faster than the renowned Tomahawk. The Minotaur IV can be launched from the ground, sea or air. One shall assume that the United States is testing the Prompt Global Strike project.

“It is absolutely correct to analyze the tests of the Minotaur missile and the new spacecraft together. It does not matter how the USA intends to use the X37B spacecraft, whether the nation intends to use it either for reconnaissance purposes or as a vehicle to test laser guns. It is clear that the USA is strengthening its aerospace assault weapons,” Alexander Mordovin, an expert of the council for foreign and defense policies told Pravda.Ru.

“As for the Minotaur, it is most likely a cruise missile, one of the first examples of hypersonic weapons. Fighter jets can easily down conventional cruise missiles, but it is very difficult to do it with such a fast missile. Russia has been developing the new S-500 anti-missile complex, but we are only about to start testing the system. As for space defense, Russia scrapped its military space program during Gorbachev’s and Yeltsin’s presidencies. If it had been realized, Russia would have been able to defend itself against the attack of such a powerful weapon as the Minotaur IV,” the expert said.