The Animal Kingdom is Being Targeted by Law

Some time ago somewhere in Egypt, a donkey was accused of stealing corn from a corn plantation. As per the Al-Ahram Journal, the animal went under trial by local authorities. It was acknowledged and confirmed that the donkey was trained by his owner to steal corn from others. The final verdict was an interesting one: the animal was convicted to remain in jail for 24 (twenty four) hours as penalty and the owner was only attributed to pay a small fine! 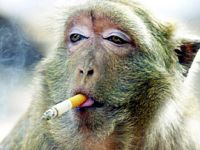 The Animal Kingdom is Being Targeted by Law

In a similar case, an Argentinean rooster ended up in jail for damaging some lady´s ceramic vase. The animal’s owner declared that the “victim” accused him (the rooster) because the owner was the lady’s worst enemy (not the poor rooster). But all explanations didn’t change a thing: the feather animal ended up in prison. As per the Cuban News Agency, the other cell mates of the “unfortunate gallinaceous” were totally in disbelief of the facts.

Equally mistreated was a Mexican donkey, citizen of the city of Chiapas, that engaged on a nasty idea of kicking someone. He ended up confined in a cell built to shelter alcoholics and noisy turbulent individuals who problably healed their drunkeness and hangovers with the arrival of such an exotic company. Interviewed by the British Sky News, a Police Officer stated that “whoever commits a felony in his city goes straight to jail, no matter who’s identity”. Apparently so: a few months before a bull have gone to the same cell accused of stealing corn from a local farmer.

Moreover in Mexico, in 2006, it was registered a case of a poor dog convicted to 12 (twelve) days in prison for bitting someone. According to the records, the impetuous canine didn´t bite any of his cell mates while fulfilling his penalty. While in prison, the dog presented the best behavior.

But the worse episode took place in Nigeria: a female goat was accused of stealing a car at gun point! Imagine, “an animal commiting a robbery at gun point”. According to the police the robber was disguised as a female goat through a “voodoo” witchcraft. Nevertheless, the poor little goat is shearing a cell with dangerous outlaws.

The true fact is that the Animal Kingdom is being targeted by Law ! In the United States an Alaskan Senator presented a legislative project forbidding civilian dogs to imitate police dogs. The law presented in the project was so strict that dogs not classified as police dogs were forbidden to even bite outlaws.

In that same country, in the State of Ohio, there is a law that even prohibits fish to get drunk, known as the “Underwater Mandate Dry-Law” ! Identical restrictions face the elephants that live in the small town of Natchez, State of Missouri, which are forbid by law to drink beer. Out there, in the State of Tennessee, another legislation prohibits frogs to croak after 11 (eleven) pm at night, a way of guaranteeing silence and serenity to the neighbourhoods around the swamps.

In Baltimore, the lions were forbidden by law to go to the movies (the status of the famous movie participant “Lion of the Metro Goldwyn Mayer” has not yet being clarified). In the city of Zion, Illinois, dogs and cats aren’t allowed to smoke cigars due to a recent law passed by the City council. Meanwhile in South Bende, monkeys were prohibited of smoking cigarrets. The “worse to come” took place in Quitman in Georgia, where all chicken were prohibited of crossing the roads. “I wonder how these poor gallinaceous are handling it ! ”

The strictness of these laws is already being reflected on the animals’s sex life. With that said, in Fairbanks, Alaska, the moose are prohibited of publicly having sex on the streets which puts them through a search for a motel or similar facility. Facts state that in Ventura County, California, a law demands that cats and dogs can only mate if an authorization is previously issued. “ I can only imagine a line of animals at a government or city office, holding the forms with their little paws, waiting for a government mating license ! ”

More liberals and generous were the legislators of Kingsville, Texas. Over there, pigs are not allowed to mate around airport surroundings only. It’s problably to avoid distraction to pilots and scandal scenarios to aircrafts passengers.

At the end, perhaps we should remember Descartes, according to whom “reason and wisdom are the only things that make us humans and distinguish ourselves from the animals”.

Placed from the Portuguese version with the kind permission of PEDRO VALLS FEU ROSA, who is a Chief Judge of the Judiciary in Brazil