On the Need for Balance in Our Society

Tragically in many societies, we often frequently find oscillatory behavior between extremes where e.g. in Russia, the Tsar ruled a highly feudalistic society comprising a small percentage of wealthy "elites" who subjugated a vast majority of uneducated impoverished, and overworked serfs. Then came communism in which property was forcibly redistributed to the masses (really to the government), little incentive was given for hard work, and competition was killed (literally). In both cases, the vast majority of people were unhappy. Similar scenarios have occurred in many societies such as France, Cuba, Spain, Germany, and China to varying degrees. In all cases, the issue was not about "free market" or "fair distribution of wealth" but really about control by various "elites" who cared little for the dogmatic principles that the plebians were force-fed to believe but who cared only about power. 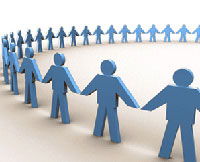 On the Need for Balance in Our Society

In the US, we too are suffering from these extreme oscillations of history's pendulum from the frequent replacement of our leaders during election cycles, (Democrat vs. Republican, "Liberal" vs. "Conservative") to the adoption of “new” “mandates for change” which are usually various degrees socialism, communism hypercapitalism, and globalism (sometimes combined). Consider the Great Depression and prior era when the Standard Oil Company had nearly monopolized control of our nation's energy supply to such an extent that we might have succumbed to the Rockefellers had it not been for Teddy Roosevelt who “betrayed” his class in the views of many by seeking to break up the monopoly. Soon thereafter, FDR socialized America with welfare and the "New Deal" which many argue merely prolonged the agony of America's Great Depression.

Today, many companies that do much of their business in the US have gone global and have profits greater than the GDP of entire nations. They are not patriotic to the US and despite receiving billions of dollars from the US government (e.g.) seek to escape paying their fair share of taxes by seeking shelters abroad. These corporations are not beholden to anyone except their shareholders. Profit is their only myopic motive and as a result, we have lost millions of jobs to lesser paid and lesser educated people from afar. [The flipside is that American workers have become too expensive and some say too entitled to hire due to strong unions, outrageous health care costs, and handsome retirement packages.] We have also suffered from the inferior quality of manufactured goods from afar (such as acidic drywall, melamine-tainted milk, lead-based painted toys, etc.) manufactured in largely unregulated societies with cheap labor such as China and waste incredible amounts of energy doing so. These companies can be vicious in attaining victory over their competition. For example, one of the first targets of NATO during its illegal and barbaric war against the Serbian people in1999 was the destruction of Europe’s second largest cigarette factory in Niš at the behest of US tobacco companies.

Soon there after, Phillip Morris and a British tobacco company (BAT) purchased and constructed/remodeled cigarette manufacturing plants in Serbia. Yugoslavia was one of the world’s largest arms-exporting nations until NATO killed the competition. We are all suffering from various unbalanced forms of hypercapitalism, communism, and globalism except for a precious "elite" few who have such wealth that no one person who could spend it in a lifetime of squander. “Free market” without any government regulation runs by the laws of the jungle – might makes right – where the big sharks eat up the little fish and become less competitive and more entitled (consider e.g. General Motors). Indeed, many of these taxpayer-assisted corporations would fail under true free market principles wherein the weak, unprofitable companies would merely vanish and stronger, leaner, meaner, and competitive companies would form from their ashes.

Instead, many of these failed institutions want to socialize/share their problems by getting the US taxpayer to bail them out. Who cares about loaning billions of dollars that you don’t have when the US taxpayer will “cover” you when these loans default? As part of this extreme/generous “sharing” of risk and over regulating we have the Soros-funded Acorn and Fannie Mae debacles that sought to “bring power and money” to the masses via cozy governmental relationships but have only embarrassed our political leaders, contributed to bankrupting our nation, and may have broken the law. In fact, at this moment in our history, there is honestly little difference between big business and our government. In any political and natural system, extremes are not beneficial but detrimental to all but those who seek to control others by pitting one extreme vs. another in finding "cause" for everyone's woes.

This has largely contributed to creating a very polarized and divided society which is desirable by the “elites” via the “divide and conquer:” philosophy. Neither is the concentration of power which brought much concern to our nation’s founders - so much so that they established three branches of our government to help create a balance of power by keeping one another in check. We must strive for balance in our society between creating incentives for people to individually earn and enjoy the fruits of their labor and encouraging the truly American ethic of helping one another and cooperating in the spirit of building a stronger, healthier, more educated, and civilized society. We must strive for balance and civility in our debates. Finally, we must strive for leaders who serve not only concentrated money/power but who serve all Americans.