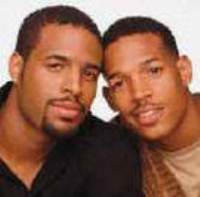 After an earlier agreement with Oakland, California, ended with little progress the Wayans brothers soon could be going back to the bargaining table to build a movie studio and theme park in the city.

An Oakland City Council committee planned Tuesday to consider an exclusive four-month negotiating agreement with a team led by Keenen Ivory Wayans to develop 70 acres (28.3 hectares) on a former U.S. Army base.

The project would include a movie studio, business park, retail village and luxury hotel. Developers said it would create more than 1,500 jobs in one of the city's poorest neighborhoods.

An earlier 18-month agreement with Keenen Ivory, Damon, Shawn and Marlon Wayans expired in May after the team failed to meet most deadlines. City officials said the new agreement will require the developers to meet a series of tight deadlines to ensure the project moves forward.

"The biggest concern I have is that it's been a couple of years now," City Council President Ignacio De La Fuente said. "The longer we take, the longer we don't have jobs or tax revenues for the city."