The battle for the 2014 Winter Olympics neared a climax in tropical Guatemala on Sunday as the International Olympic Committee began meetings to choose between cities in Russia, Austria and South Korea. 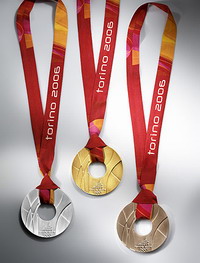 All three nations were pulling in their heads of state - along with celebrity athletes, hundreds of lobbyists and even an ice-skating rink - to the IOC session, bringing nearly unheard of diplomatic attention to this Central American nation.

More than 100 IOC members are to choose Wednesday between three very different proposals for the 2014 Winter Games.

Salzburg, Austria, was once a clear favorite, but it seems to have been caught by Russia's Black Sea resort of Sochi and by Pyeongchang, South Korea.

Austrian Chancellor Alfred Gusenbauer arrived Saturday for an unprecedented six-day trip to Guatemala. South Korean President Roh Moo-hyun was coming Sunday, even as his country was working on getting legislative approval of a new free-trade pact with the United States.

And Russian President Vladimir Putin was due in on Monday, fresh from talks with U.S. President George W. Bush. Putin was due to spend more time in Guatemala City than in Bush's vacation base of Kennebunkport, Maine.

In an interview with The Associated Press, Gusenbauer suggested that returning the competitions to their traditional Alpine roots would help reverse flagging interest in the Winter Olympics and made veiled references to the huge, costly lobbying campaigns of rivals Russia and South Korea.

"Salzburg has everything you need for a Winter Games. All the infrastructure is there. It's a developed winter resort. We really can focus on what you cannot buy for money. This is the emotion and the passion."

While Sochi would require far more new construction than the other sites, Putin said the venues would become national training sites to replace those lost after the disintegration of the Soviet Union.

"After the breakup of the USSR, there remained for our teams not one proper place for training," Putin said. "This is a stimulus for the IOC - to push Russia to develop new facilities for its athletes and those of its neighbors."

Putin is clearly the star of the Russian effort, but the Sochi backers also built an ice-skating rink alongside the hotel hosting the IOC meeting and brought star athletes to stage sports clinics with Guatemalans, whose experience with winter sports is practically non-existent.

Austria has staged the Winter Games twice, both times in Innsbruck (1964 and '76), and has hosted about 250 world championships and World Cup events in the past 10 years.

Russia, winner of 293 Winter Olympic medals, has never staged the Winter Games. South Korea would be the first Asian country outside of Japan (Sapporo 1972 and Nagano 1998) to get the games.

In a June 4 technical report, the IOC gave Pyeongchang the best overall review, but some question whether South Korea deserves another major sports event so soon after being awarded the 2011 athletics World Championships in Daegu and the Asian Games in Incheon in 2014.