A Muslim woman who had to contest a speeding ticket was denied access to a courtroom in Georgia last week for wearing a head scarf. 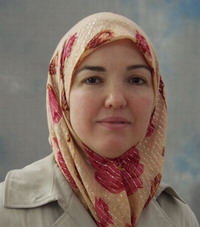 Aniisa Karim, 20, said she was stopped after entering Valdosta's municipal court building Tuesday and told she would not be permitted to enter the courtroom wearing her scarf.

"I said, 'No, I'm Muslim ... I wear this for religious reasons and if you don't allow me in the courtroom with my scarf on, basically you are violating my civil rights and my right to a free religion,"' Karim told the Valdosta Daily Times.

Karim said he could not let her in for "homeland security reasons," and that allowing her to enter would show disrespect to Judge Vernita Lee Bender. She said she offered to walk through a metal detector and allow officers to use a handheld metal detector to scan the scarf.

In a letter to Georgia Attorney General Thurbert Baker, the Council on American-Islamic Relations asks Baker to "take appropriate action to ensure that the legal, religious and civil rights of Georgians of all faiths be maintained."

Baker and the Valdosta municipal court could not be reached on Sunday.

CAIR argues that barring Karim from the courtroom violated Georgia's code of conduct for judges and the 1964 Civil Rights Act, which guarantees access to public facilities.

Karim said she decided to not challenge the speeding ticket and pay the $168 fine.

"I feel like in the year 2007 things like this should not happen any more," Karim said. "Of course everyone doesn't know everything about different religions, but if I tell you, 'I'm Muslim this is a part of my religion,' I feel like if you are a public officer you should be educated enough to know."