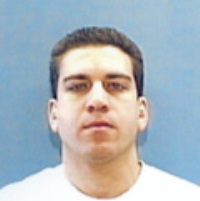 A Cyprus court ruled Friday that a fugitive doctor charged in the United States with fatally poisoning his wife can be extradited, but his lawyers said they would appeal the decision.

The court rejected the defense argument that Yazeed Essa, 38, would face the death penalty if he returns to the U.S. state of Ohio.

Essa disappeared before he was indicted on aggravated murder charges in Cuyahoga County in the death of his wife, Rosemarie Essa, 38. She collapsed in her car and died on Feb. 24, 2005, about five miles from their home in Gates Mills, near Cleveland, Ohio.

He was arrested last October in Cyprus as he attempted to clear customs after arriving from Lebanon.

Charges against Essa carry a term of life in prison with the possibility of parole after 20 years.

But his defense fought extradition, arguing that he could face a death sentence if convicted for his wife's death because prosecutors could amend the charge to one that carries the death penalty.

The court said expert testimony presented by the defense to support this argument was "supposition and conjecture."

Judge Elias Georgiou said Essa failed to present credible evidence to suggest a "serious possibility or real risk, that the charges will be amended" or new charges, carrying the death penalty, will be filed.

The judge ordered Essa to remain in custody until his extradition.

Defense attorney Soteris Argyrou said they will first contest his detention before appealing the decision at the island's Supreme Court - setting the stage for a lengthy legal battle.

Ohio authorities believe that after his wife's death, Essa, an emergency room doctor, traveled to Syria, Greece and Lebanon and possibly visited Florida.

He disappeared in March 2005, leaving behind the couple's two children, then aged 4 and 2. The children currently are living with Rosemarie Essa's brother.